CRACKING DOWN ON ANTI-SOCIAL BEHAVIOUR 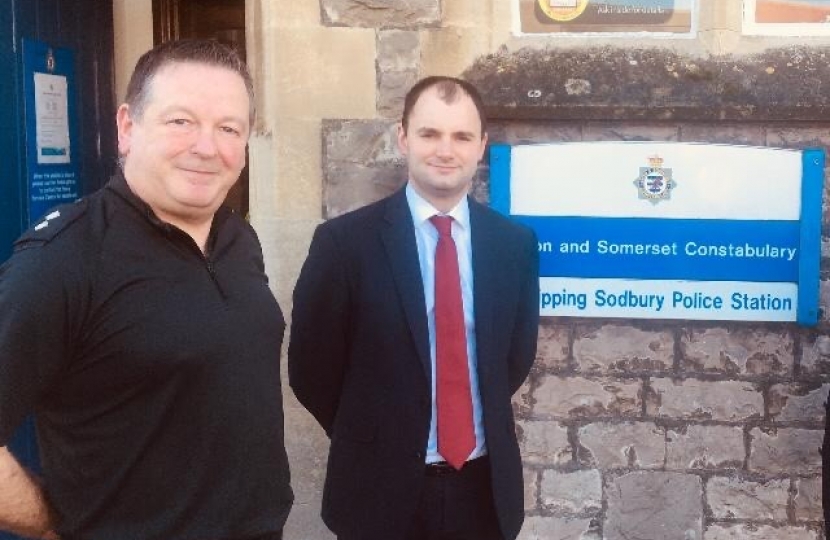 Concerned residents have been in touch with local MP Luke Hall and Police and Crime Comissioner Candidate Mark Shelford with concerns about anti-social behaviour in Yate and Chipping Sodbury.

This has included concerns with anti-social behaviour at both Lye Fields near the Ridge and The Ridings in Chipping Sodbury, and moped racing down Rodford and Shire Way.

As a result of Luke Hall and Mark Shelford raising people’s concerns with the local police team they are increasing their patrols in these areas. They have also informed Luke that they are investing more time in dealing with anti-social behaviour issues, especially those related to vehicles such as mopeds.

The local Police team are also urging people to report all anti-social behaviour issues directly to the police on 101, or in an emergency on 999.

“Anti-social behaviour is a blight in our community and can make vulnerable people feel unsafe in their own homes. Tackling crime remains a clear priority and I am pleased that the police have recognised this and are stepping up patrols. If anyone has any immediate concerns then I encourage them to get in touch with the police, or drop me a message where I will be happy to help.”

“Cracking down on anti-social behaviour in our towns and villages is a top priority for me, and I am delighted that the police are taking such decisive action to address this.”

Conservative-led plans for brand new healthcare facilities in Thornbury are set to take a major step forward with the announcement that South Gloucestershire Council will purchase the Thornbury Hospital site.