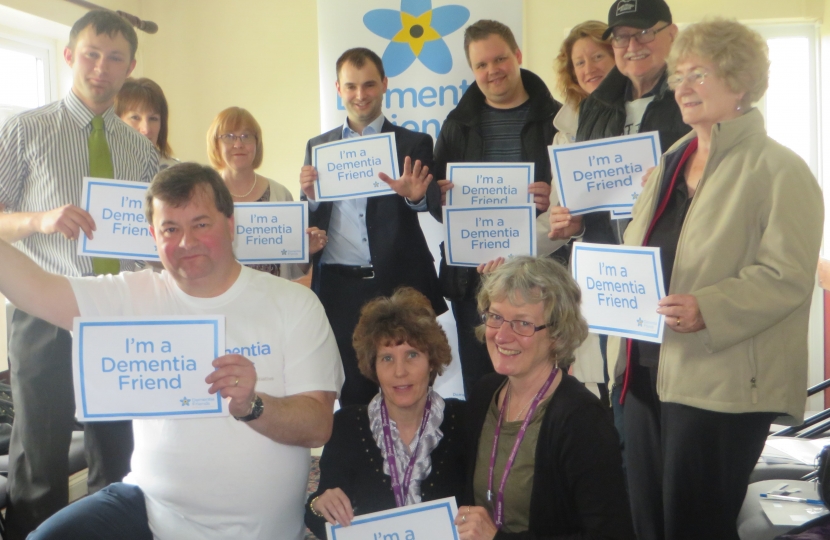 The event was aimed at training local people to spot the signs of dementia in other people in the home or in the community.

Dementia Friends learnt about what it's like to live with dementia, its causes and how to turn that understanding into action. Luke Hall, who organised the event alongside local Yate residents Jon Shaw and Phil Jones has committed to holding Dementia Friend events around the Thornbury and Yate constituency if he is elected as the local MP.

“Being a Dementia Friend is not about volunteering or fundraising, it helps local people have a better understanding of how it affects people in our community.”

"Thanks, Luke, for hosting a fantastic Dementia Friends Information Session. You have taken a great step to help people in Thornbury and Yate to understand dementia, and to turn that understanding to action."