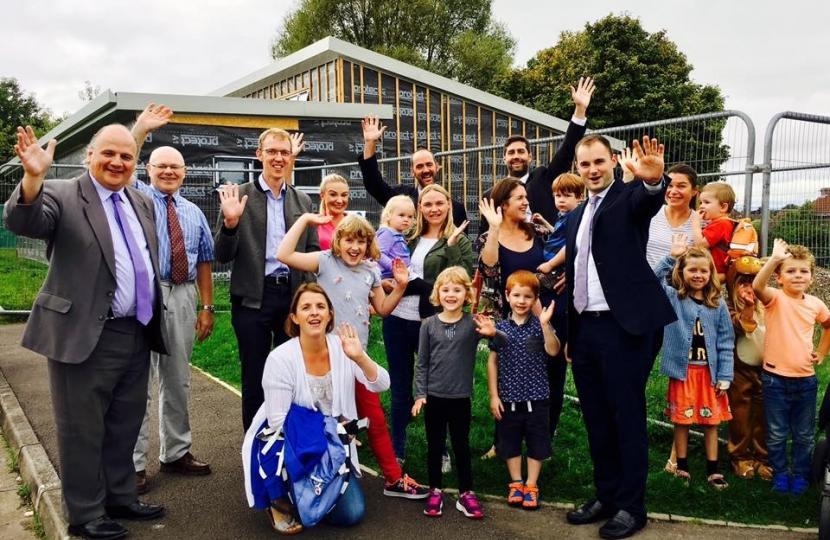 South Gloucestershire Schools will see huge increases in their funding over the next three years, building upon recent increases already put in place by the Government as part of the new fairer funding formula which saw a 5.5% increase in 2018/19 for local Schools.

The announcement also includes news that £1.5 billion of teachers pensions contributions will be covered – one of the big ‘cost factors’ for schools – meaning the funding will go straight to the frontline.

The Prime Ministers announcement today goes even further as part of a commitment to boost spending on schools and high needs by a total of over £14 billion over the next three years – a crucial commitment for South Gloucestershire as one of historically least funded areas in the Country.

Since 2015, Local MP Luke Hall who was educated in South Gloucestershire Primary and Secondary Schools himself, has consistently raised the issue of Schools funding, standards and investment with Ministers and in Parliament over the years, by first urging the Government to introduce the new formula and then later making the case for further increases.

Additionally the MP conducted a personalised survey to every headteacher in the local area asking for their insights, feedback and specific cases as to the differences further increases going forward would make to driving up local standards – and has also been touring schools the area meeting with school Governors and headteachers to discuss the Conservative run council’s delivery of the £78 Million worth capital investment plan to upgrade Schools buildings such as Castle, Marlwood, Chipping Sodbury and many rural primaries.

Local MP Luke said; “As a local father who was educated in South Gloucestershire state schools, I understand just how important this rise in School finding is for our community. I have consistently fought for more money for local schools, and this is a welcome step for our children's education.”

Cllr Toby Savage, Leader of South Gloucestershire Council, said: “This is a major campaign win. Alongside our local MPs, the Council has lobbied central government for change as part of the F40 group of lowest funded authorities, and I am delighted that our calls for increased funding have been met with positive action.

“Improving school standards is the number one priority for the Council, and this additional funding will go a great distance to support the record levels of capital funding we are putting into schools over the coming years to deliver the best possible outcomes for local youngsters so they can fulfil their potential in life.”