Local Member of Parliament writes again to inspectors urging them to hold firm with concerns raised by the MP since 2016. 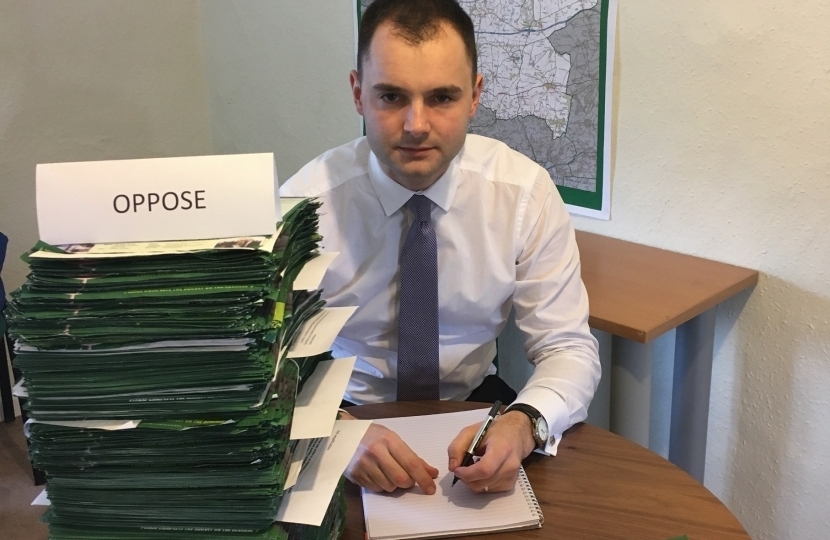 Controversial housing plans for South Gloucestershire have been thrown into doubt, with inspectors finding serious flaws in the Joint Spatial Plan put forward by the local authority and West of England Combined Authority. The latest development has culminated after a fierce campaign by the MP.

The Joint Spatial Plan, (JSP), proposes over 1,500 houses for Charfield, 1,200 for Coalpit Heath, and a 3,000 home Garden Village in Buckover near Thornbury, as well as development in Yate

The MP has now written to the inspectors urging them to hold firm in their preliminary view that the selection of the Strategic development locations has been flawed, reierating the MP’s 2017 Parliamentary speech on the issue, and specifically urged them to recommend the withdrawal of Buckover Garden Village, alongside a root and branch review of Charfield, and Coalpit Heath as designations.

Luke’s long history and record on opposing the JSP

The MP has strong record of waging a proactive, fierce and concerted community campaign against the proposals since its inception in 2015, and has led residents and campaign groups at every step and stage of the process.

Speaking as the Member of Parliament for Thornbury and Yate the MP said;

“In my role as our constituency MP I have consistently and fiercely backed our communities in fighting these proposals at every step. Our campaign has been hard fought and testing for us all, from the huge community support and response to my surveys in 2016, taking the technical fight to the highest levels and successfully stopping support for Buckover – we kept faith and never relented."

"I am encouraged that inspectors have agreed with the case that I put forward in 2017 in my role as our local MP, that the plan as it stands has always been flawed. I am now urging them to hold firm in their preliminary view that changes must be made.”