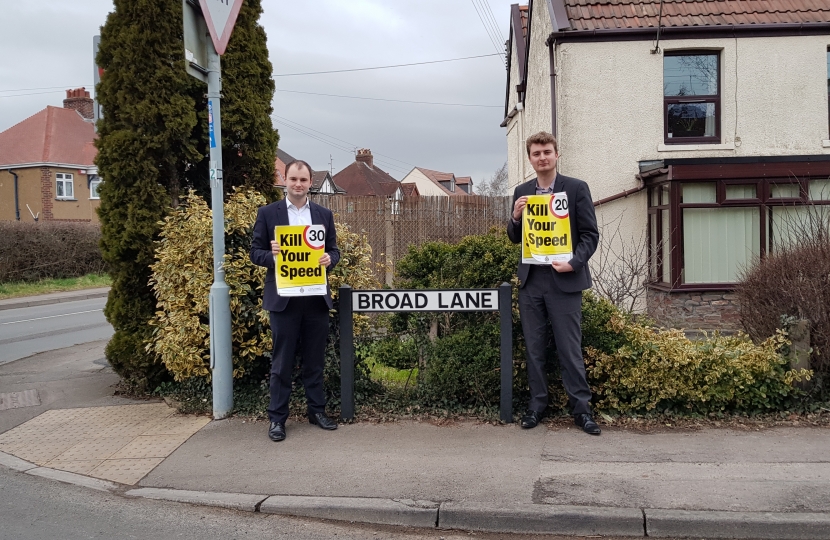 Broad Lane has seen a rapid rise of traffic in the last few years, which has affected families living nearby, particularly those with young children. Concerns had been raised by a number of residents about the excessive vehicle speed which was prevalent in the neighbourhood.

Luke immediately raised this issue with the local police beat team, who confirmed they will be monitoring vehicle speed within the vicinity of Broad Lane.

With their own depot site at the bottom of Broad Lane, Luke was also quick to alert South Gloucestershire Council to these concerns. Following the MP’s intervention, the local authority contacted staff to bring residents’ concerns to their attention, and to ask that more consideration is given when entering and leaving the site.

Broad Lane resident, Nicola Bater said, “As a neighbourhood we are very concerned about the number of cars and trucks which frequently exceed the 30mph limit along Broad Lane. With help from our MP, together we can find a solution to address this problem.”

“I would like to thank Nicola and her neighbours for all their support, as we seek to make Broad Lane safer for all its residents, especially with so many young families living in the area”, said the local MP. “I am glad that the Council and the local police have taken swift action to address our concerns and I personally will be keeping an eye on the situation.”

Visiting Broad Lane last week, Luke was joined by local road safety campaigners to deliver speed awareness bin stickers to families living in Broad Lane, in North Yate. It is hoped that the stickers will act as a reminder for motorists to watch their speed and to prevent any further speeding from occurring.

If you would be interested in having a speed awareness bin sticker, to raise awareness in your road, please let Luke know at luke.hall.mp@parliament.uk