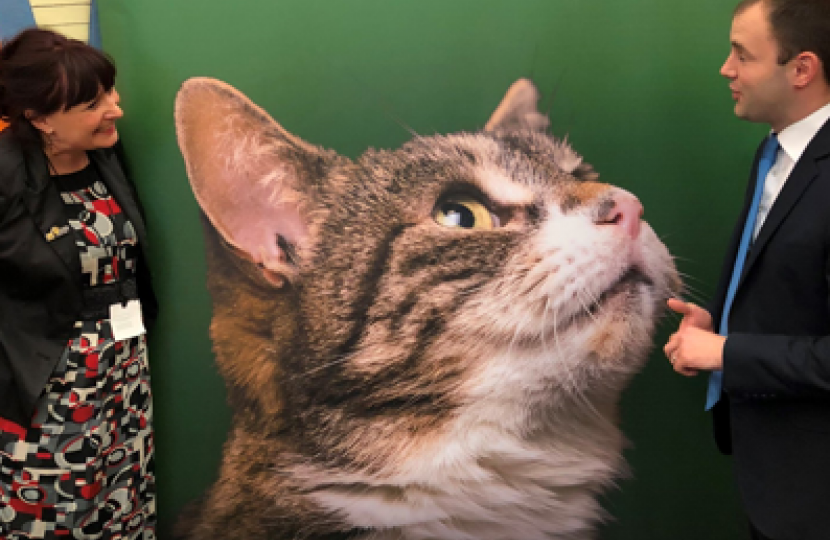 Local MP Luke Hall has become a member of the All-Party Parliamentary Group on Cats, in order to campaign for further cat protection from Parliament.

The All- Party Parliamentary Group on Cats (APGOCATS) is a group of MPs, Peers and associate organisations with an interest in feline welfare. With support from Battersea Dogs and Cats Home and Cat Protection, the group aims to support discussion and debate about what the public, politicians and the Government can do to further feline welfare.

The APGOCATS has collated a selection of key issues currently affecting feline welfare in the UK, including: Air weapons and cats, Breeding and sale of cats, Brexit and pet passports, cat-safe antifreeze, Designer cat breeds, Human wellbeing and cats, Microchipping of cats, Sentencing for crimes against cats, and Snares and cats.

Luke Hall said: “As a cat lover myself, I understand how important it is to protect our feline friends. With an estimated 10.3 million owned cats in the UK, it is vital that these cats are receiving the protection that they deserve."

With Spring approaching, the advice of Battersea Dogs and Cats Home is to avoid giving bouquets containing lilies to cat-friendly homes. This is due to the severe risk that lilies pose to cats if digested. It is suggested that all cat owners should avoid having these houseplants in their homes in order to protect their cats.