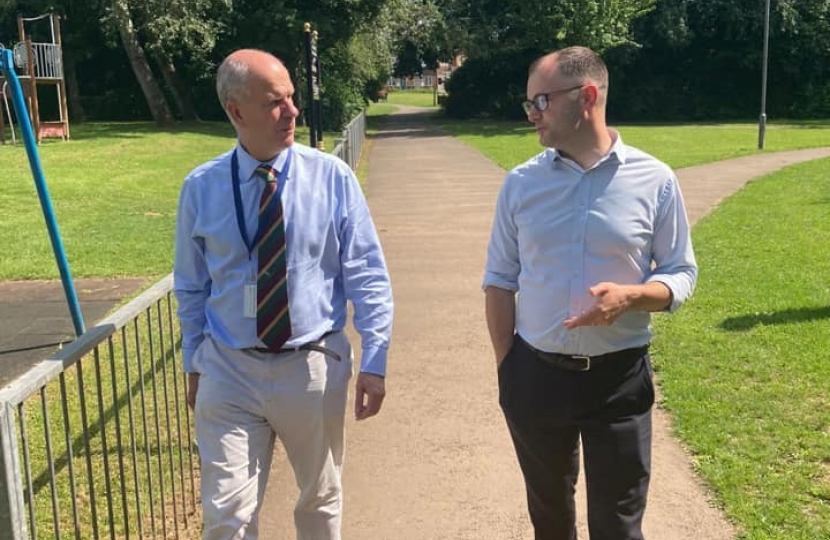 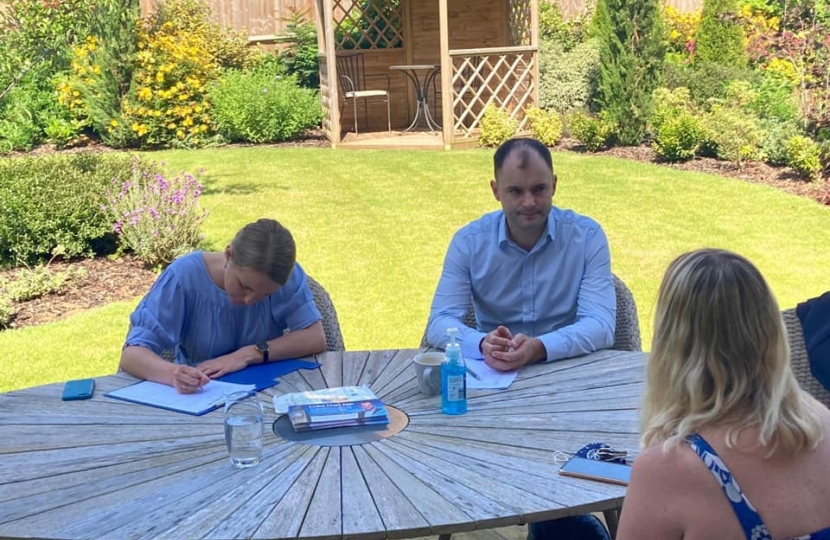 Local MP Luke Hall hosted a community surgery in one of the Laddon Garden Village show homes, having invited members of the new neighbourhood to come along and raise any concerns in the local area.

Key issues flagged by members of the community included, the importance of delivering a community centre and health services, and maintaining a strong police presence in the area.

This has been a recent focus for the MP, and Luke on the same day welcomed the Avon and Somerset Police and Crime Commissioner Mark Shelford to Brimsham Park to show him around, bringing resident’s concerns surrounding resident safety directly to his attention.

In particular, Luke and the newly elected Police and Crime Commissioner discussed keeping ASB rates low in South Gloucestershire, and also discussed keeping the park safe for the new families and young children living in the nearby Laddon Village neighbourhood.

As well as keeping the local area safe, the MP also raised the important issue of rural crime and a recent rise of speeding on Chipping Sodbury High Street.

Luke Hall MP: Buses must be allowed to stop on Thornbury High Street

It is good news that South Gloucestershire Council have committed to improving the plans for blue badge parking provision along the High Street. But there is still much more to do to ensure Thornbury High Street is accessible for everyone.