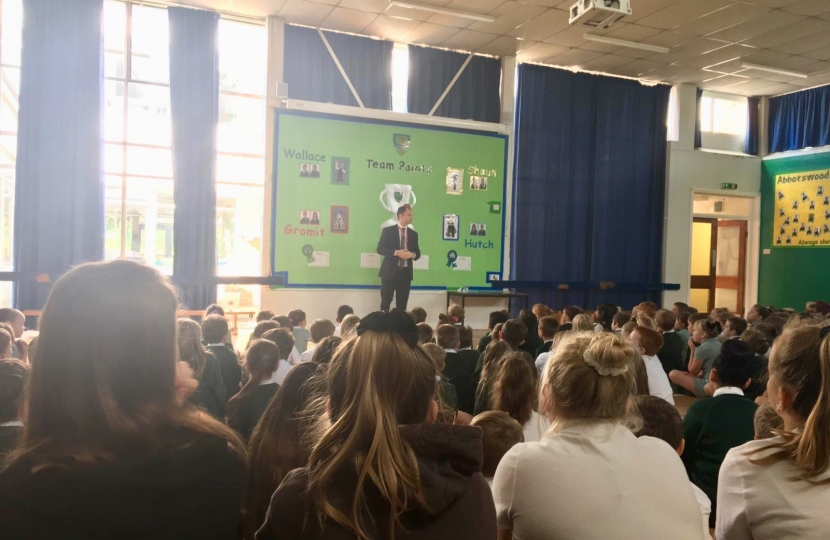 Local MP Luke Hall made a visit to Abbotswood Primary School on Friday 21st June in order to speak to the students and hear their views about how we can improve our community. The pupils have been learning about democracy, elections and the UK System of Government and they were intrigued to hear about the day to day work and responsibilities of their MP.

Luke spoke about how he first became a Member of Parliament in the 2015 General Election, the differences between the House of Commons and the House of Lords, how MPs cast their vote in the chamber and how a law is passed through parliament. He explained how democracy means that anybody can stand in an election to represent the residents of an area.

They also discussed the changes that could be made to improve both our local community and the country as a whole. The pupils raised various issues including protecting trees, climate change, animal welfare and taking action to protect children from violent computer games.

Local MP Luke said: “As someone who was educated in South Gloucestershire primary and secondary state schools, it was a pleasure to meet the pupils and teachers at Abbotswood Primary School. There were so many insightful questions, and I was impressed with their knowledge of the issues our community faces and their passion to make our community an even better place to live.”