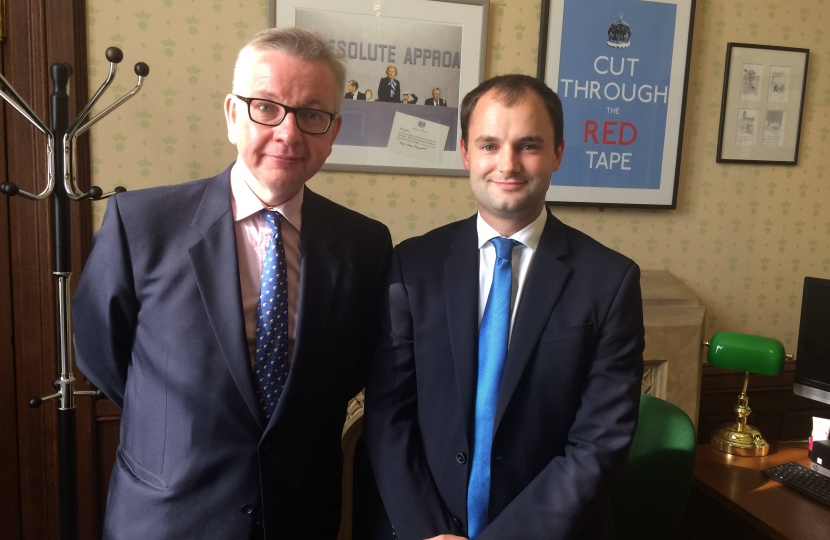 Last month, local MP Luke Hall, last week met with the Secretary of State for Environment, Food and Rural Affairs, Michael Gove MP, to bring his attention to a number of alarming cases of mistreatment of domestic and farm animals.

Luke raised the suggestion to give Courts the power to grant injunctions which prevent such people from acquiring new animals, during the interim period.

The Secretary of State has now written to Luke to confirm that the Government are now officially considering these proposals, to become part of the Government’s new Animal Welfare Bill which is expected to be brought to Parliament in the coming months.

Speaking about the current situation, Luke said; “I have been a strong proponent of animal rights throughout my time as a Member of Parliament, and am delighted to see that Michael Gove will be giving genuine consideration to this vital issue. For too long, horrific cases of animal cruelty have been allowed to on, without the judicial system having the power to stop it. The new Animal Welfare Bill will give the Government a fantastic opportunity to address the genuine concerns that people have.”