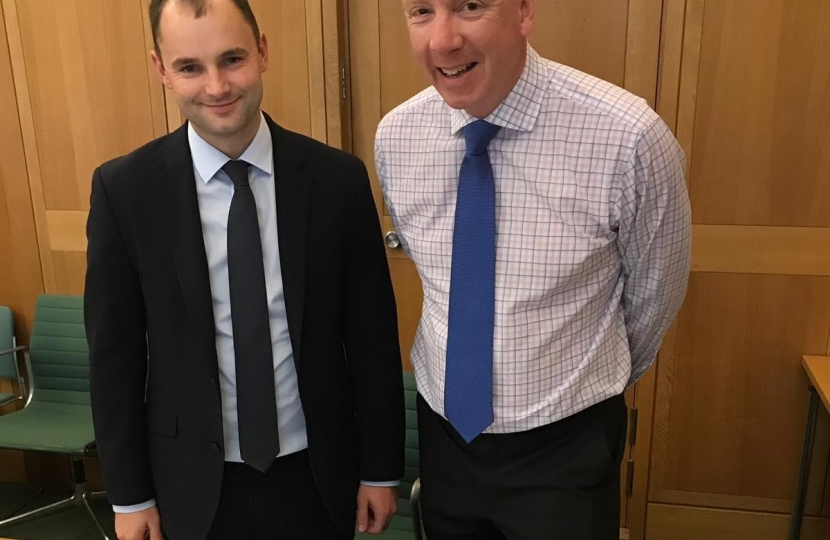 Local MP Luke Hall met with top chiefs at Highways England this week as the MP continued to press the key issues around transport as part of his flagship “Get South Gloucestershire Moving” campaign launched in 2016.

The campaign which places transport as a top priority for the area has had some notable successes and progress which has included;

·         Pushing forward the bid for a new Junction 18A on the M4 to the next stage, where it is ready to be submitted to Government for funding

·         Winning key battles on local buses such as the new faster services from Thornbury and Yate into Bristol, including an hourly service to local hospitals.

·         Working with the Council to put in place plans for two new transport packages such as the A38 plan for Thornbury, and the Frampton Cotterell potential Bypasses.

Further to these elements of the campaign the MP met with South West Highways chief Andrew Page-Dove to raise concerns over another part of the campaign that could see disused land near Tormarton village play a role as a ‘Park and Share’ for the A46, M4 and Bath.

The MP pressed Highways England to ‘get on’ with the transfer of the land to the Council and West of England, who the public body has been in negotiations with. The local authority has firm proposals to make use of the site which currently lays unused and restricted off to the Public, leading to parking issues around Tormarton village to the frustration of residents.

At the meeting the MP thanked the regional director for their work on the issue to date, but urged him to now take a personal role in exploring a quick resolution to the land transfer, the biggest obstacle to progressing the scheme further.

“I have been meeting regularly with Highways England on the Tormarton element of the ‘Get Moving’ campaign for time now so I am keen to see that progress is being made on the land transfer issue to get it the next stage. With the Council and ours campaign seeing progress on a large number of transport projects from Thornbury, Yate, Charfield and Frampton Cotterell -  I really do not want this element to fall behind.”

At the meeting the MP also stressed and urged the highways body to finish work on their traffic analysis on the impact of the reduction of the Severn tolls has had on flow on the M4, which it is believed will show the importance and add weight to, the popular Junction 18A proposals.