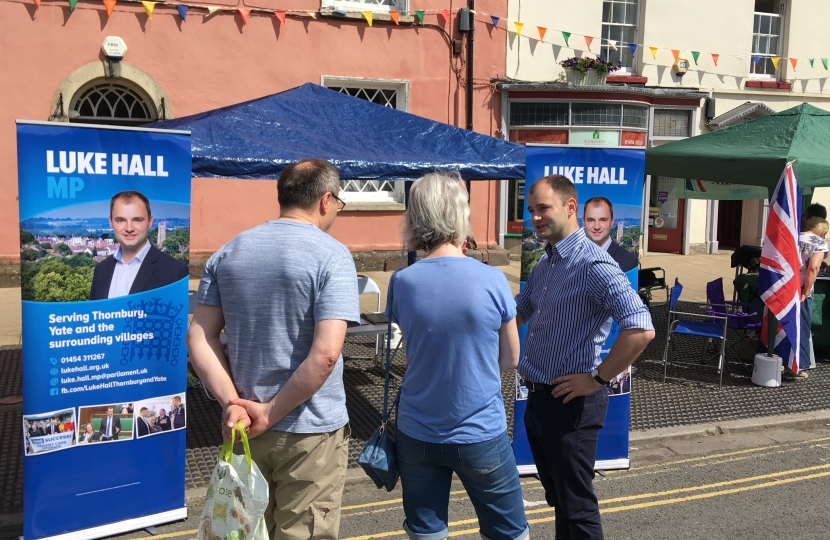 Luke Hall MP held his traditional drop-in stall, at what was yet again a hugely enjoyable Chipping Sodbury Street Fair and Carnival 2019.

The local MP was on hand to answer any questions local residents raised, as well as watching on as dance groups, brass bands, and the parade entertained crowds of people throughout the day.

Amongst the many topics discussed were several of the MP’s local campaigns including improvements at the Yate MIU, the fight against inappropriate development, and the new Park and Ride which Luke helped to secure earlier this month.

Luke said, “It was a great to catch up with so many people is weekend, and I would like to thank everyone who stopped to have a chat for taking the time to do so.”

The MP added, “A huge thanks to the Lions Club and all the volunteers and organisers for another fantastic Street Fair and Carnival”

If you missed Luke at this year’s event and have a question or issue you would like to raise, you can get in touch with your MP directly at luke.hall.mp@parliament.uk or by calling 01454 311 267.