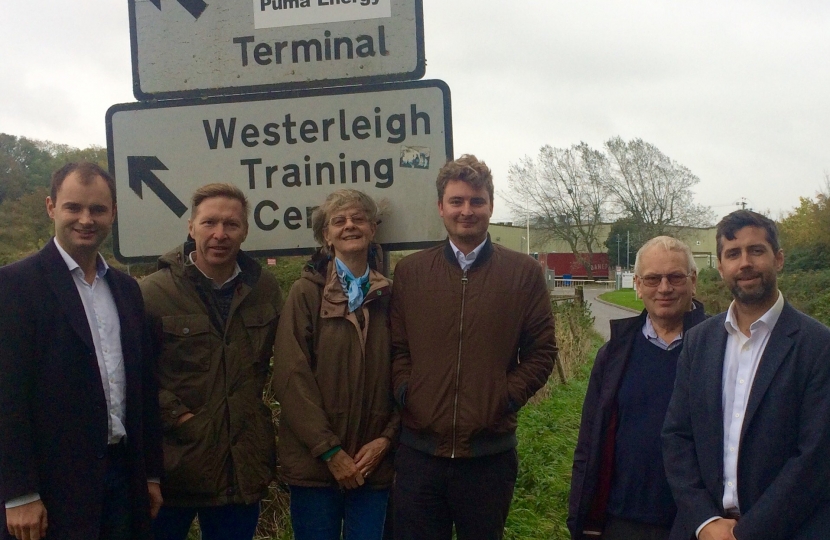 Luke Hall MP has joined local residents throughout Westerleigh, Lyde Green, and the surrounding areas, in welcoming news that action has been taken to eradicate unpleasant odours which has plagued the local villages.

Over the last few months, the situation had worsened as the overpowering smells continued to dominate the area, impacting upon local families and passing motorists. As the local MP, Luke has been actively engaging with local companies and the relevant agencies to tackle this issue since his early days as the Member of Parliament.

After liaising with the community, Luke recently contacted both South Gloucestershire Council and the Environment Agency to establish what more was being done to address this ongoing problem.

The Environment Agency have since announced that action has been taken at two sites which may have been potentially contributing to this issue.

At the nearby Tulip Abattoir, Wessex Water have rerouted a sewer so that it bypasses Westerleigh Village. The sewer had previously passed directly through the village, carrying the factory’s effluent, but this has now been diverted. Tulip Ltd have also taken swift action to improve the site’s ventilation and filtration system.

The other site which was believed to be a possible origin was the Shortwood Landfill. Upon hearing about the issues, the landfill’s operator has upgraded its landfill gas extraction system.

Discussing the progress Luke said, “First and foremost, I would thank everybody at Tulip Ltd and Enovert, who have cooperated with the Environment Agency to deliver these important improvements.”

“I know how unpleasant this time has been for the community and I am grateful for all the attention this matter has received. I hope this action will begin to relieve the issues we have been experiencing.”

Local South Gloucestershire Councillors Ben Stokes and Steve Reade added, “We are very pleased to hear that this long standing annoyance is being resolved. As local representatives for many of the villages affected, we are always keen to hear about long standing unresolved local issues”

The Environment Agency has confirmed that they will be undertaking further investigations and Luke has said he and his local team will be continuing to monitor the situation.