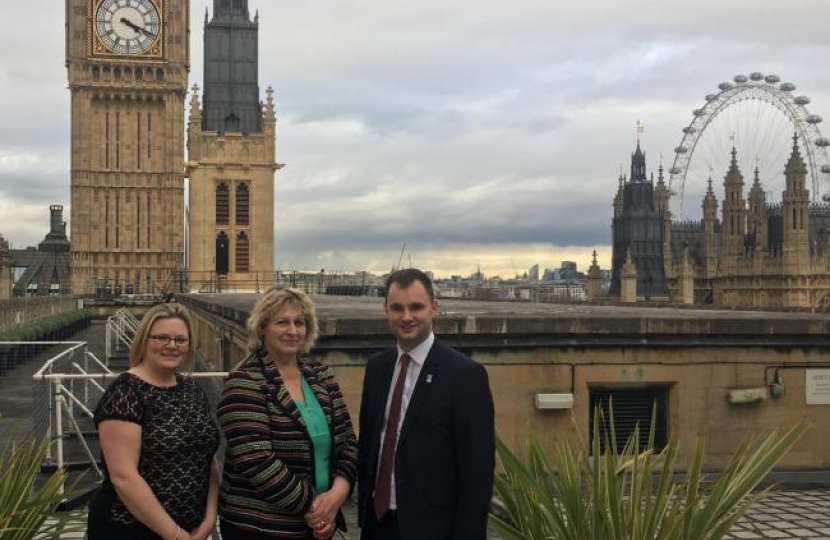 A Gazette Pub of the Year visited parliament this week as a part of their prize for being voted the best establishment in Yate and Chipping Sodbury.

Yvonne Hulbert and her sister Kelly Iles, of the Rose and Crown in Rangeworthy, travelled to London on Wednesday, March 8 to witness politics in action.

Alongside MP Luke Hall, the pair were treated to a tour around parliament and were given tickets to sit in on the spring budget edition of Prime Minister’s Questions.

Afterwards they enjoyed a meal in the MP’s dining room before travelling home.

Yvonne Hulbert, owner and landlady of the pub, said: “I would like to thank all of the people who voted for the Rose and Crown as pub of the year.

“It’s been a fabulous honour to win the award and visit the houses of parliament with Luke Hall.”

Commenting on the pub's success, she said: “I think people vote for us because we’re such a happy, friendly place - a real community pub.

Her sister Kelly added: “It was a really interesting day, especially because we were there for the budget.

MP Luke Hall said: “South Gloucestershire has some of the best pubs in the Country which provide a vital contribution to our local community.

"I am delighted that through the Gazette Series Pub of the Year Competition, our local pubs are able to have the recognition that they deserve.”

The Gazette Pub of the Year is an annual award that separates the county's strong pubs from the weak by putting the decision in the hands of those who know best: the public.

The Rose and Crown was voted the best pub for the Yate and Sodbury region in both the 2015 and 2016 competitions.