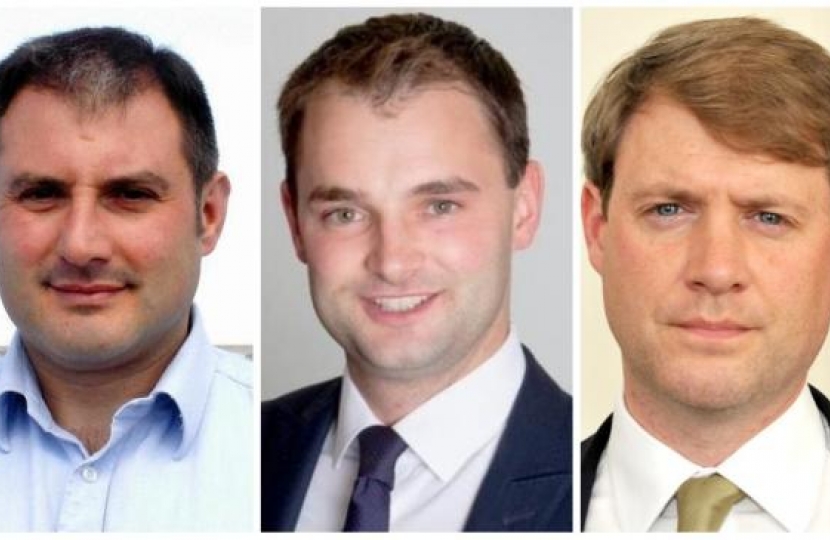 South Gloucestershire’s three Conservative MPs, Luke Hall, Chris Skidmore and Jack Lopresti have jointly called for clarification and further transparency from North Bristol NHS Trust leaders this week after it was revealed that the Trust, in coordination with Redrow homes, was allegedly encouraging further housing development on 60% of the land that was previously earmarked for future use as a social and health care facility in Frenchay.

In a joint letter to the Andrea Young, CEO of North Bristol NHS Trust, the MPs set out their dismay and shock at the proposals on behalf of residents whilst citing the importance to South Gloucestershire communities of delivering on the promise of extra health and care facilities after the Labour Government at the time scrapped A&E, acute care and community health facilities at the original Frenchay hospital site as part of their Bristol Health Plan.

The work currently being undertaken by local health leaders cites that the ‘community hospital’ proposals are key to bringing back care into the local area both at Frenchay and Thornbury to alleviate pressures and ‘bed blocking’ at Southmead Hospital.

In a letter from the Trust’s CEO Andrea Young to MPs, she stated that North Bristol NHS Trust was committed to continuing to support the CCG in delivering on the plan but that the land is surplus to requirement. However, in their response the MPs have highlighted that “even if excess land happens to available on the site, the additional community health services should be built and up and running first before any land is sold off for housing development”

Alongside urging the Trust to get ‘re-engage with the CCG and South Gloucestershire Council’ the three local MPs also suggested that the Trust should instruct Redrow homes to withdraw the application as a show of their intention to want to help to deliver the much needed facilities.

The MPs also drew attention to previous reports from the Independent Reconfiguration Panel in 2014 which had criticised the trust for its lack of community engagement stating that; “The overall process to date has shown a marked lack of empathy for patients and the public who have a right to expect better”

The MPs have pressed the trust for further information on the following points:

In a joint statement the MPs said:

“The way in which these unexpected proposals have come to light has been truly disappointing, particularly as the trust has been criticized in the past for the way in which it has engaged with residents on this very important future improvement in health services here in South Gloucestershire. We urge North Bristol NHS Trust to reconsider this sell off of the land and to allow for services to be up and running before any further land is taken from the community. In the meantime we are asking for answers as to how long residents, campaigners and councillors have been kept in the dark.”

Health Scrutiny Chair Cllr Marian Lewis thanked the MPs saying; “I would like to thank Chris, Luke and Jack for standing up for our communities on this important issue and backing conservative councillors and residents’ calls for North Bristol NHS Trust to halt these shock proposals which should place priority on the hospital rather than more housing”. 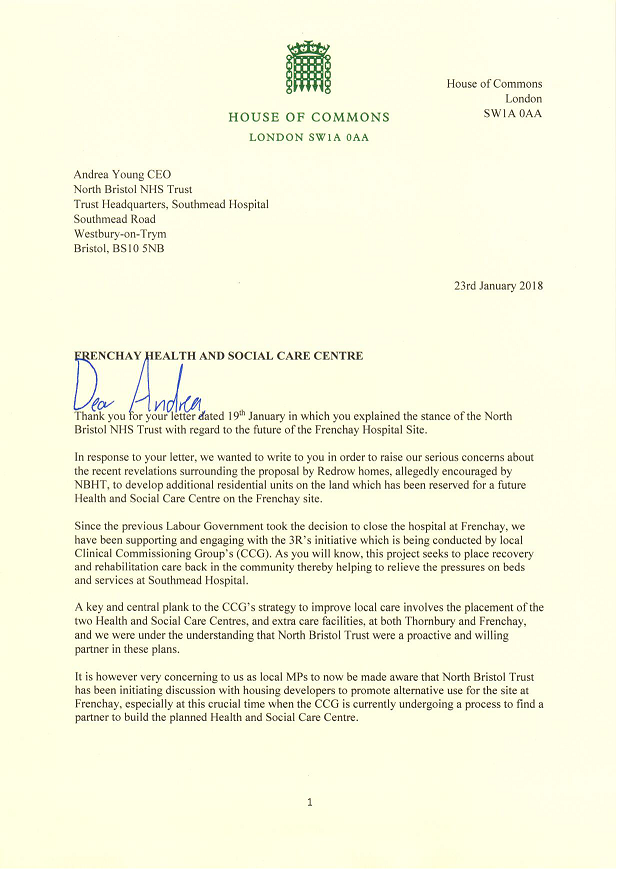 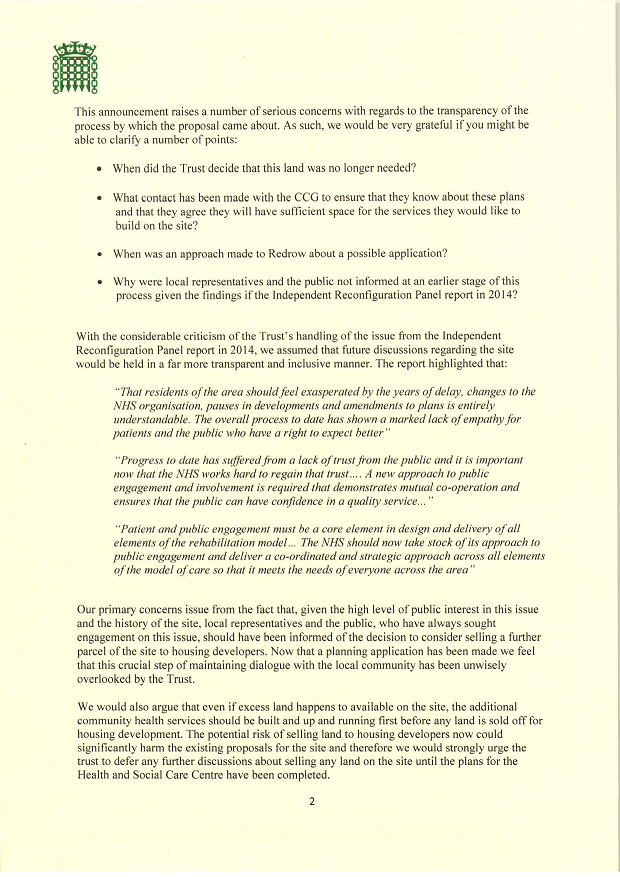 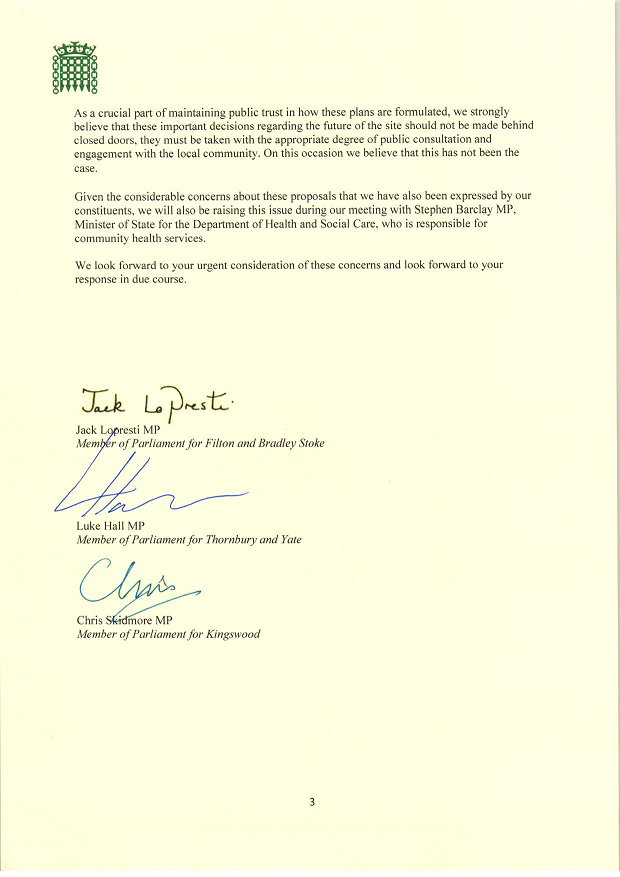