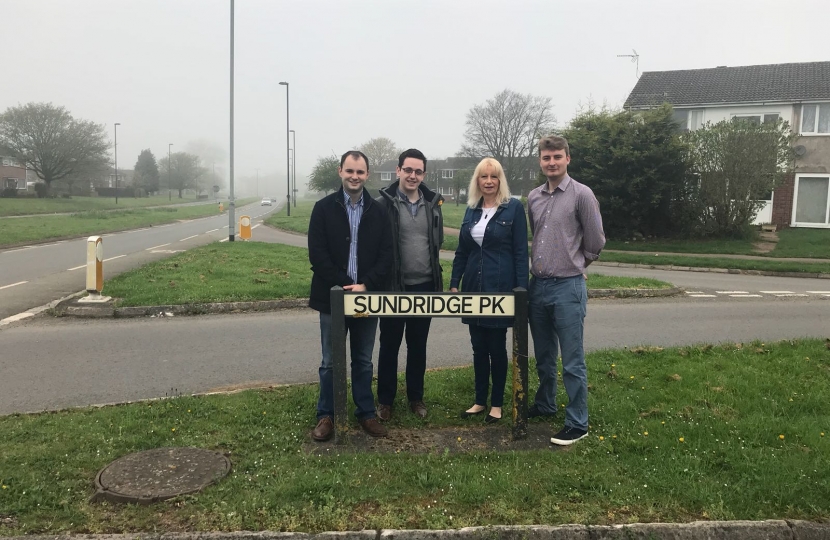 Sundridge Park in Yate is set to be resurfaced after the Government awarded South Gloucestershire Council £504,258 to deal with pot holes and repairs, meaning extra support for resurfacing works and repairs to our local roads.

Local MP Luke Hall had previously raised the issue of potholes and road maintenance with South Gloucestershire Council and Government Ministers on various occasions, working with the local community to press the Council to prioritise important sites in Yate.

Luke Hall received over 650 comments to a recent ‘call for potholes’ on his Facebook page, and after seeing how many people raised the condition of Sundridge Park specifically, raised the concerns with Matthew Riddle, the Leader of South Gloucestershire Council. It has now been announced that both Sundridge Park and Kennedy Way have been identified as key locations for resurfacing works scheduled for 2018/19.

Luke Hall MP said: “As a local man, I know how important it is to the community that our roads are safe and maintained. I am delighted the Council will now be resurfacing both Sundridge Park and Kennedy Way. As the local MP I will keep pressing for further improvements to our road network, and want to see these resurfacing works prioritised and completed as soon as possible.”