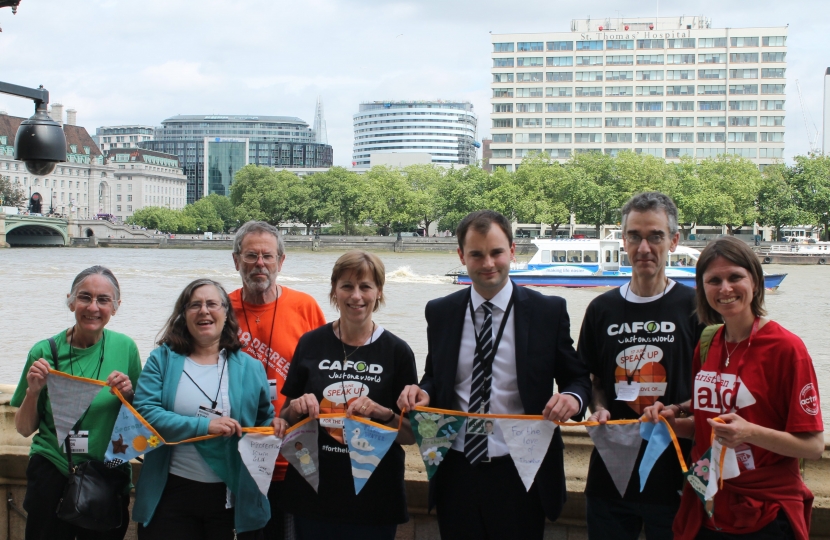 On Wednesday 17th June 2015 local Member of Parliament for Thornbury & Yate Luke Hall met with a group of climate change activists in the House of Commons.

The group of six activists from the local community had joined the Climate Coalition Lobby, the largest single lobby of Members of Parliament ever attempted. The Coalition itself brought together over 100 independent organisations to voice a shared concern. The activists were concerned about issues ranging from greenhouse gasses and rising sea temperatures to government policy on bees and other pollinators and recycling.

Luke Hall invited his constituents into the House of Commons to hear their concerns directly. During the meeting they discussed international and local issues, sharing knowledge and suggestions for what could be done differently.

“Climate change is one of the biggest, and most complex, issues of our time. The Prime Minister will be actively engaging with other nations to secure an ambitious global climate change deal at the Paris conference in December, and I will be doing whatever I can to support him in that. I am very grateful to those constituents who came to London, and to all of those who have written to me in recent days.”

He went on to say:

“The environment is our most precious resource, and I have always made clear my love for the countryside and passion for protecting green spaces. I will be looking to support local green projects over the coming months in the area, as well as supporting national efforts from Westminster.”