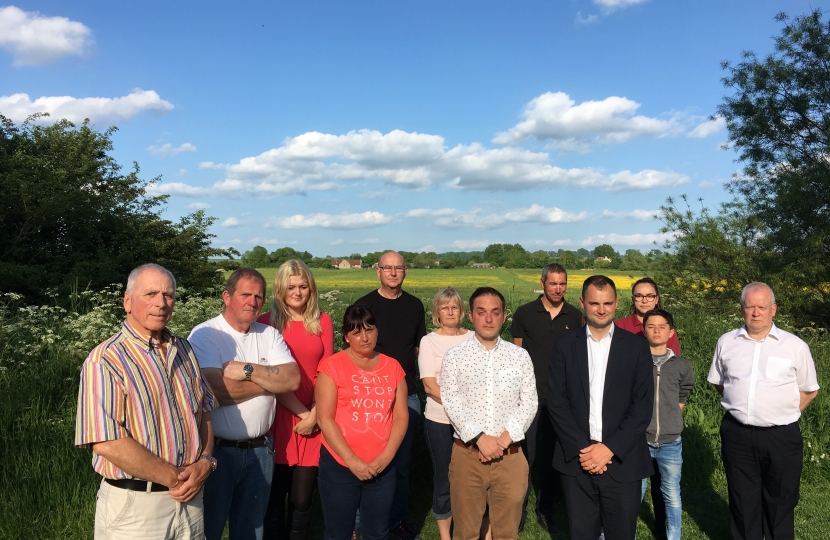 Concerns raised by local residents over a development consultation on Trinity Lane, Chipping Sodbury have been taken up by local Conservative Parliamentary Candidate for Thornbury and Yate, Luke Hall and South Gloucestershire Councillor Rob Creer.

The developer, Cotswolds Homes, have put forward proposals to build 60 homes on land to the East of St John’s Way and are currently seeking public consultation before submitting a planning application to South Gloucestershire Council.

Luke Hall said "As a local man I know our green spaces are of the greatest importance to residents in South Gloucestershire. I have successfully campaigned to protect Charfield and Coalpit Heath from poor development and secured a debate within Parliament’s Westminster Hall where Housing Minister Gavin Barwell attended to hear concern’s over the proposed garden village saying ’No to Buckover’.”

Cllr Rob Creer who has been campaigning to raise awareness of the consultation, said “It’s fantastic that Luke Hall is supporting residents over this proposal. Luke has a strong track record of success in saying no to poor development. I understand providing quality housing for local people is an issue, however, we should be looking to support developments which are maximising use of brownfield sites and bringing benefit to the community"

Mr. Hall added, “Residents could not be clearer on their concerns this proposal at Trinity Lane brings, especially over the impact it could have on the river Frome flood plain and what it would mean for further developments east of St John’s Way."

The consultation is available to complete online and is open until 2nd June.