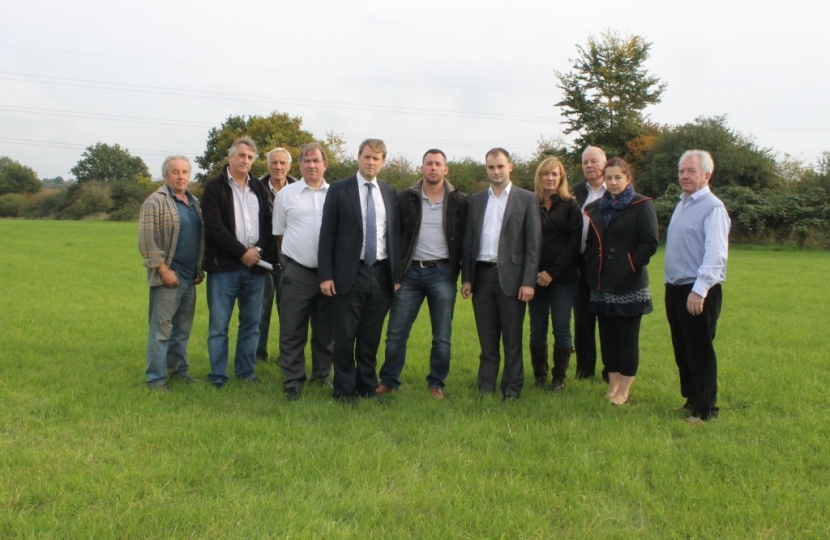 Local Man and MP, Luke Hall, has submitted a formal objection to planning inspectorate regarding the proposal to deregister common at Lyde Green.

There are currently more than 2000 new homes under construction in the area surrounding the common land proposed for deregistration. The development around Lyde Green Common was granted on the basis that the common be protected, however Luke is concerned that deregistration of the common land would present a significant negative impact, not only to the infrastructure capabilities of the area, but also the environmental status of the estate.

Luke has often campaigned to protect local green belt and green spaces. Lyde Green Common is an historic green site and the main area of green space in the new development. If the area were to be built upon, there would be no significant green spaces in the area called Lyde ‘Green’.

Speaking about the proposal, Luke said: “protecting local common land is extremely important for the community in Lyde Green. As the local Member of Parliament, I believe this area of green space is an essential public space for the developing community surrounding the Commons. I am concerned that any permission to deregister common land at Lyde Green would not only be a retrograde step that risks endangering historic common land, but also has the potential to lead to other applications for deregistration of common land nearby.”