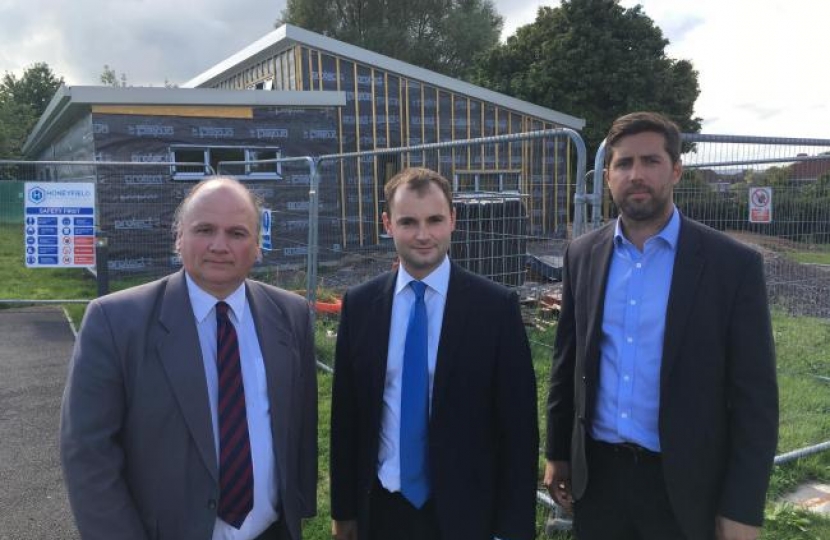 There was fresh hope for the completion of new building to support expanded childcare in Thornbury this week after it was revealed that the Conservative run South Gloucestershire Council will next week consider stepping in to support the pre-school and ensure the build goes ahead as planned.

The building, and the extra children care capacity it would mean for town looked in doubt last month after a shortfall in funding to complete the facility, sited in Crossways Primary School were discovered by the parent and pre-school led building committee.

The Government and Department for Education kicked life into the project as it provided a grant to the pre-school committee funding much of the buildings initial costs as the Governments introduction of 30 hours of free childcare for working parents nears.

After hearing of the situation Local MP Luke Hall gathered a meeting of the Councils cabinet member for Education - Councillor Toby Savage, Council leader Matthew Riddle, and the Pre-schools building committee to discuss the issue and see what support could be offered.

Following the meeting, it has been revealed that the Conservative Council’s cabinet will discuss a report next week which recommends that the council steps in to fund the remaining shortfall, subject to the Governments original grants conditions being amended to allow the intervention, that standard due diligence is completed, and that the space is to be used for nursery care provision.

Local MP Luke Hall has continued with his support for the efforts to see the building completed by making representations to the Government, and Ministers to allowed the grants conditions to be re-written – allowing the Council to back the project.

“I am extremely grateful to our Conservative Councillors; specifically Matthew, Toby and David Chubb for acting so fast to offer real support the pre-school. The news that funding the remainder of project is being discussed is very encouraging and I will also be doing my bit to press Government and Ministers to allow the Council to see the completion through”.