GETTING SOUTH GLOUCESTERSHIRE MOVING, WITH SUBMISSION OF PARK AND RIDE PLANS 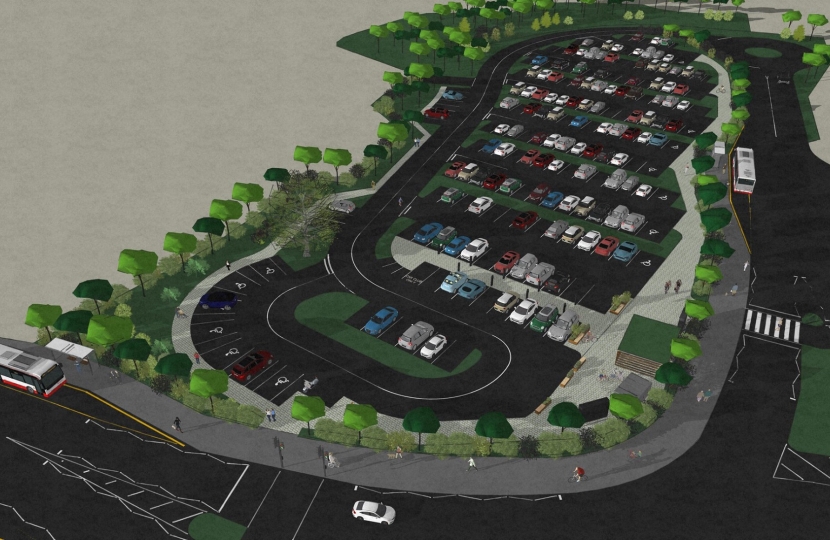 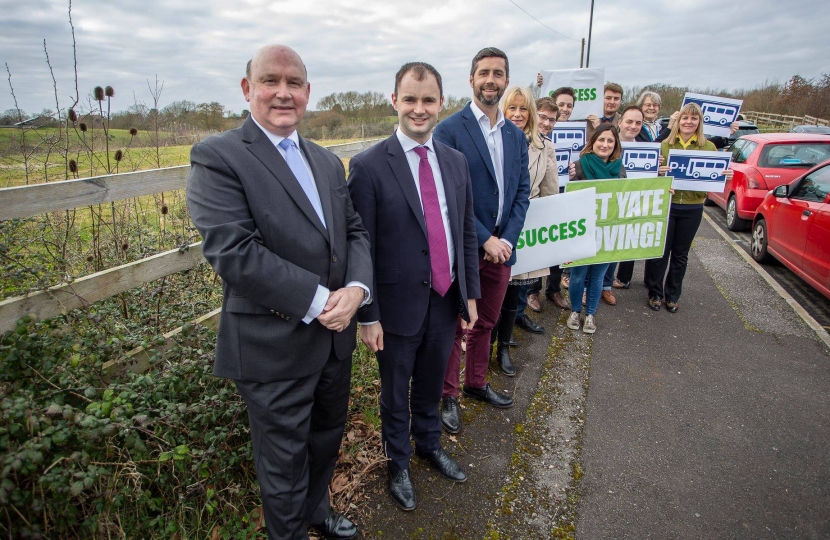 Conservative-led plans for a brand-new Park and Ride in Yate have been formally submitted for approval.

The planning application for the 190-space facility, which has been submitted today, follows successful campaigning by South Gloucestershire Council’s Conservative Administration and Thornbury and Yate MP Luke Hall, with the £4millon funding backed by Regional Mayor Tim Bowles and the West of England Combined Authority (WECA).

Included in the plans submitted are two bus stops, one within the car park itself and one on the adjacent Badminton Road, as well as a traffic light-controlled pedestrian crossing linking the latter safely to the car park. The site would also include bike storage and maintenance facilities as well as a zebra crossing to continue along the same side of Badminton Road.

This step is the latest in WECA funding to benefit Yate, with preliminary work ongoing to deliver two bypasses to serve the town, investment into Yate Train Station with more regular services and new cycle routes.

Should planning permission for the Park and Ride be granted, work will begin on the site with the view to opening by March 2021. Operator First Bus have already confirmed that the Y1 service, connecting Yate Town Centre to Bristol, will stop inside the Park and Ride, with further discussions on additional services ongoing.

Cllr Toby Savage, Leader of South Gloucestershire Council, said: “I am delighted that, after much public discussion on the future of a Park and Ride for Yate, plans have finally been submitted. Getting more people onto public transport is another step in contributing towards our Climate Emergency goals and I am pleased local Conservatives have spearheaded this initiative.”

West of England Mayor Tim Bowles said: “I am working hard to get our region moving with investments that make it easier for people to use public transport. This park and ride would give people a real alternative and means they can step out of their cars or cycle a short distance and get onto a bus, reducing congestion on local roads, including Badminton Road, the Ring Road and in Yate Town Centre itself.”

Thornbury and Yate MP Luke Hall said: "Building the Yate Park and Ride is a vital part of our Positive Plan for transport in our local area. The submission of this application is a big step forward, and I want to thank the Council for their work in getting the Park and Ride to this stage and Mayor Tim Bowles for providing the funding to make it happen."

SOUTH GLOUCESTERSHIRE BUSINESSES SET TO BENEFIT FROM A SHARE OF A 1.5BN FUND

Local businesses who have missed out on business rates support, such as food wholesalers and brewers, are set to benefit from their share of a 1.5bn fund.