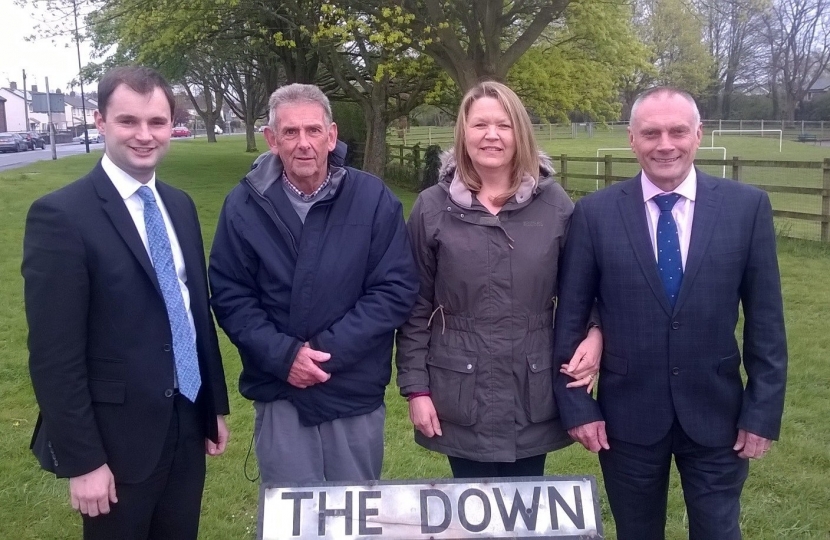 The re-consultation saw residents concerned that the areas to be designated were set to be diluted, by leaving out Streamleaze Green, Osprey Park Green, Malvern Drive Green and Alveston’s Down Road. However, after representations were made from local Councillors David Chubb and Steve Blick, Luke Hall MP and Alveston campaigner Karen Blick to council chiefs, the Council has now reaffirmed its commitment to protecting these spaces as well as a vast range already included.

Local Councillor Dave Chubb (Con. Thornbury North) said; “I am delighted that after raising concerns so strongly on behalf of our residents’, that officers at the council will be removing their objections and the Council will be seeking Local Green Space Designation for all three areas, which I know many residents support”.

Local MP Luke Hall who worked with David and the local team to seek some clarification welcomed the news;

“Our local green spaces are a valued community asset for residents and their families so I am delighted that South Gloucestershire Council has after a team effort from myself and David, Steve and Karen, been able to reaffirm twenty three areas with the green space designation in Thornbury and Alveston.”