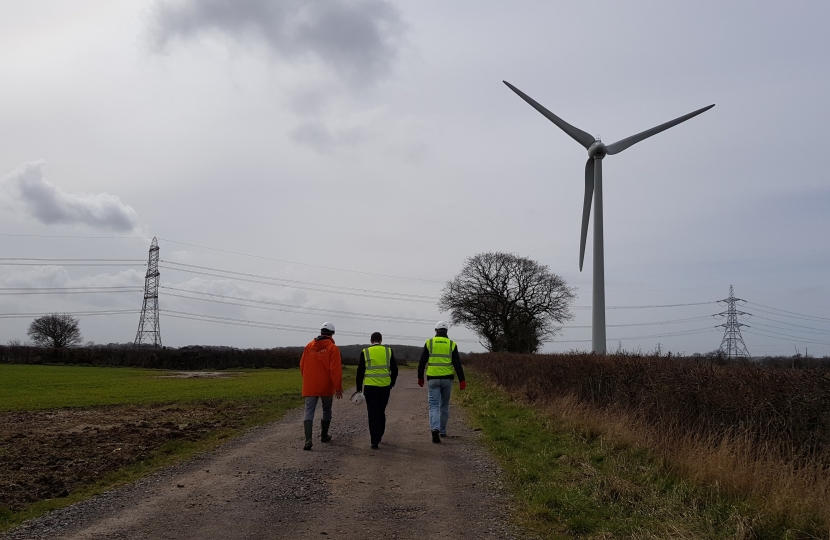 Local MP Luke Hall has appealed to villages and hamlets to register their interest in a revitalised government scheme, which offers rural communities across England the opportunity to develop community-based renewable energy projects.

As a local member of Parliament, Luke has a strong record with ensuring that climate change is raised nationally. The MP sat on the Environmental Audit Select Committee in Parliament, and in 2015 attending the United Nations Climate Change Conference in Paris where the Paris Agreement, an international agreement about the reduction of CO2, was signed.

This reopening of the Rural Community Energy Fund (RCEF), offer grants up to £140,000 to develop such projects. An initial grant of up to £40,000 will pay for an initial investigation into the feasibility of a renewable energy project, while a further sum of up to £100,000 will support planning applications and business development to attract further investment. The Fund has already helped over 150 rural communities plan projects which will support them to become cleaner and more sustainable.

The Government has announced a £10 million programme as part of the government setting a zero-carbon agenda to achieve net-zero greenhouse gas emissions by 2050.

The scheme aims to increase the use of cleaner and renewable energy in rural communities but also promises financial benefits, enabling them to save on energy bills and bring in money that can be reinvested back into the community.

Local MP Luke Hall welcomed the announcement and said, “As a local man who grew up in rural South Gloucestershire, I am delighted that the Government is taking steps to leave our environment in a better state than we found it. The scheme promises to have a twofold advantage, both helping to reduce local emissions and providing a vital boost to the local economy.”

The Minister of State for Energy, Chris Skidmore MP, said: “As a fellow South Gloucestershire MP, I am delighted to see Luke raise this important funding scheme, which has the chance to support new renewable energy projects across rural communities in South Gloucestershire in line with the Government’s commitment to become a net zero economy by 2050. Luke has long been a strong voice for climate action and environmental protection, championing rural communities and investment schemes such as this.”

The establishment of this scheme follows an announcement by the National Grid last month that Britain’s electricity system has been operating coal-free for the first time since the inception of the Industrial Revolution. This is an extraordinary achievement considering that the United Kingdom only went without coal power for a full 24 hours for the first time in 2017.

If you would like further information please contact Luke Hall at luke.hall.mp@parliament.uk or if you would like to apply to the scheme directly, please email: swenergyhub@westofengland-ca.gov.uk