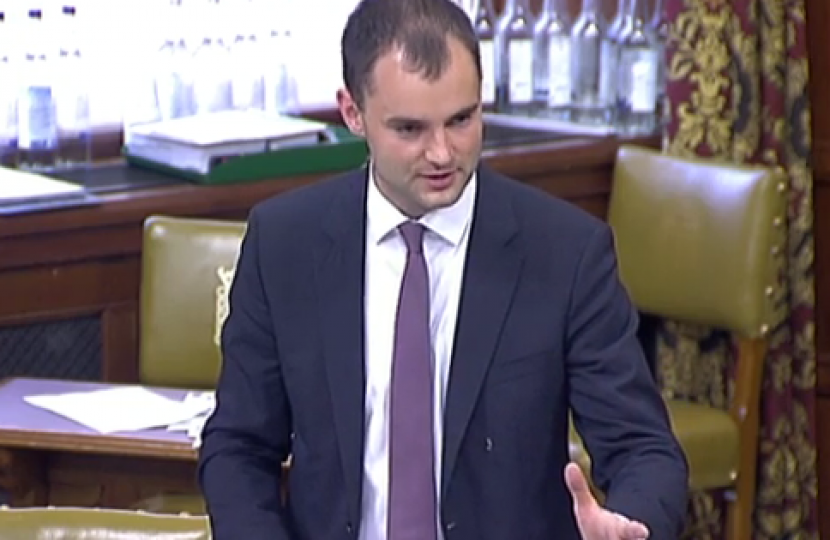 On 7th July 2015 Luke Hall MP, the local Member of Parliament for Thornbury & Yate and the surrounding villages, gave a speech in Parliament to call on the government to deliver Junction 18a, a new M4 junction which would connect to the A4174, slashing journey times and cutting congestion.

The proposal has gathered interest from the Secretary of State for Transport, Patrick McLoughlin, who met with Luke Hall and Chris Skidmore, the MP for Kingswood, in June 2015 (pictured). The meeting took place after campaigning by Gateway2Growth, a local action group being led by the Kingswood MP. Luke spoke about benefits infrastructure investment would bring to the area, highlighting the economic success of the South West and calling for the new junction to ensure there is sufficient capacity on local roads for years to come.

He made the case that the current M4 junction adds to congestion, slows journey times, and encourages drivers to take alternate routes through the villages of Pucklechurch and Hinton. In doing so local people are dissuaded from cycling or walking, and the local environment is subject to more pollution. He also paid tribute to local Councillors Ben Stokes and Steve Reade for the work they had done locally to speak on behalf of people who are concerned about congestion and increased traffic levels. Junction 18a would not only tackle congestion, but would play a major role in connecting local businesses, boosting regional and national trade, and helping to reduce unemployment.

Speaking in Westminster Luke Hall said that: “This proposal will significantly reduce journey times into Bristol for many of my constituents, improve access to the M4 and reduce the traffic burden on the villages that are affected by the growing population.” He went on to say: “This proposal will provide us with the additional capacity for entry into Bristol for commerce, connecting new businesses and encouraging trade in the region, helping to reduce unemployment and create more skilled jobs. I would ask that the government consider this proposal as a long-term investment in a thriving part of the country. As more families move into the area we must encourage businesses to grow and to trade with each other both locally and nationally.”

He concluded by saying: “If we want our infrastructure to match our ambition, this should be seen as a vital part of the future of South Gloucestershire.” In response, Andrew Jones, Parliamentary Under-Secretary of State at the Department for Transport, said that the case which had been made for the junction “was a very strong one”, and that this was “exactly the type of scheme” that could be included in the second round of the Road Investment Strategy. He also committed to meeting with Luke Hall and Chris Skidmore on the 16th September to discuss the issue further, and to ensure officials in the Department for Transport were aware of the opportunities the scheme offered.