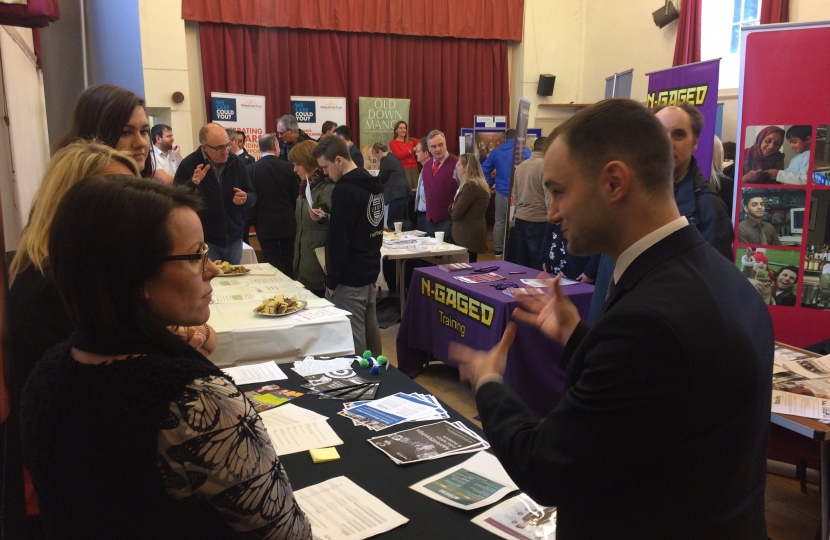 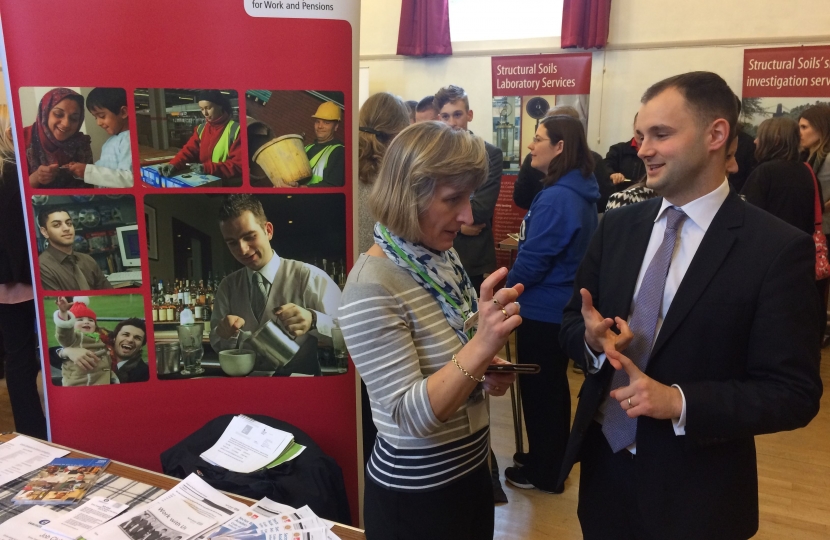 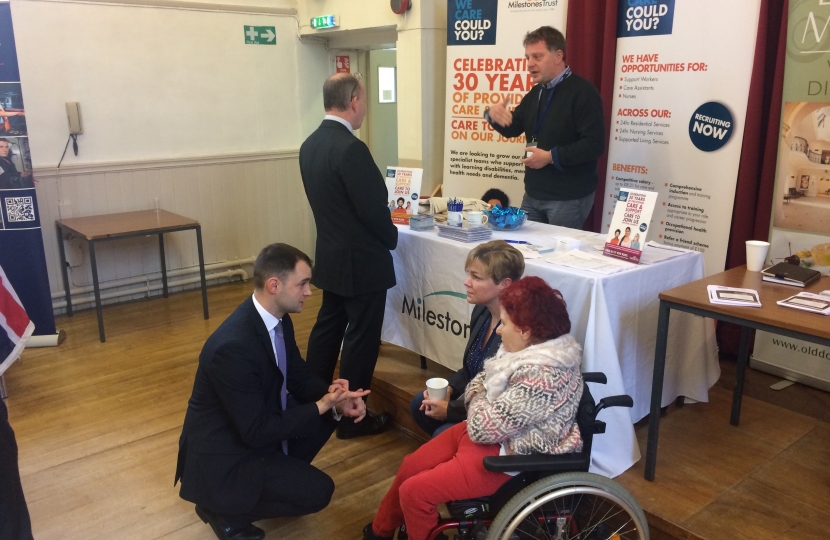 Local MP Luke Hall’s fifth jobs fair was hailed as another success last week as the MP continued to deliver on his pledge to hold at least two jobs fairs a year, bringing together a host of local employers eager to meet local job seekers with a range of vacancies on offer.

Hundreds of jobs and apprenticeships were on offer with a mix of full, part time and flexible roles from employers such as Old Down Estate, local firm Europa Group, Reflections Hairdressers, Premier Inn Alveston and South Gloucestershire based training providers.

The fair which took place on Friday afternoon was hosted at the Cossham Hall.

The fifth successful fair comes as recent figures show the South West youth unemployment rate stands at 11.7 per cent per cent, lower than the UK average of 14.4 per cent.

In addition, Luke’s fifth jobs fair comes as the latest available figures showed the Thornbury, Yate and surrounding villages constituency has one of the lowest unemployment rates across the country with the 619th lowest job seekers allowance claimant count out of 650, at 0.8% compared to a national average of 2.4%.

Further to this, the South West is also experiencing an increase to apprenticeship programmes being started with 18, 320 starts between August and September on 2016 compared to a total of 54, 160 across 2015/2016 - a possible increase of 35% should the trend continue.

Local business Marshfield Bakery spoke about the event, saying "After attending several of Luke's Jobs Fairs, I have found that they consistently have an excellent range of local jobs on offer. The event is a must-visit for any person who is either looking for employment or searching for a valuable employee."

Luke Hall MP said; “I was glad to see the Jobs Fair turn out to be a great success, with plenty of establishments as well as eager people turn up to find employment. I would like to wish our visitors the best of luck in finding employment in the future, whether it came because of the fair or not.”