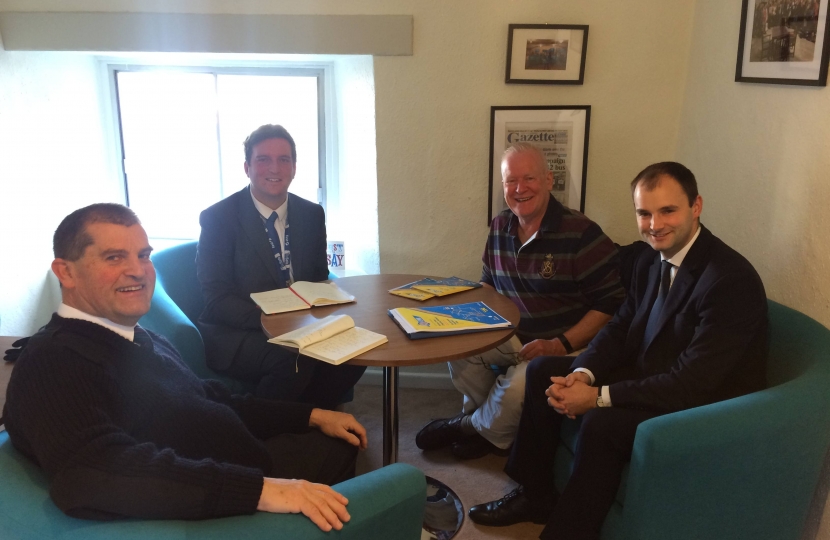 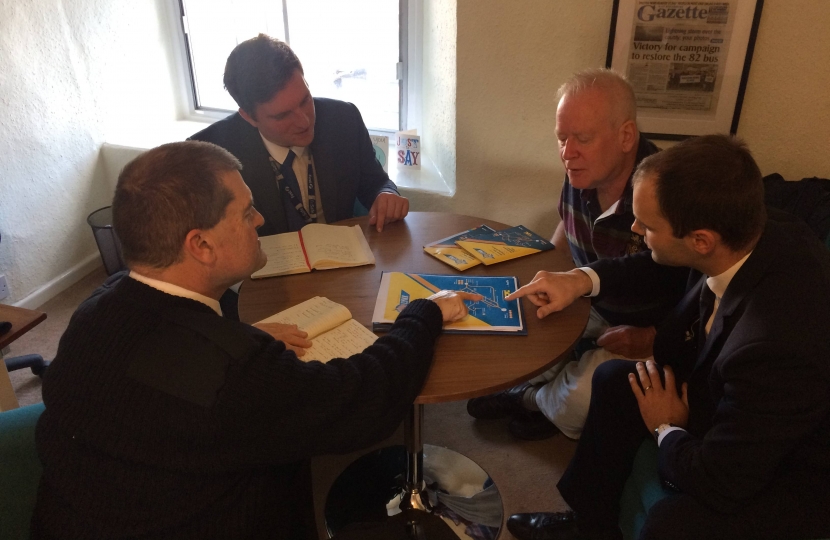 Luke Hall MP has urgently met with the First Bus management team this morning, to raise the community’s concerns regarding changes to local services across South Gloucestershire.

Joined by local campaigner Ian Livermore, Luke had an in depth meeting with Managing Director of James Freeman and Head of Operations Chris Hanson, to discuss a number of issues which had been flagged by local residents. The meeting focused on a number of issues, including access for South Yate residents to the Y6 service to Southmead, the removal of Downend from the Y1 route, and the general reliability of the new Y services operating to and from Yate.

Luke received assurances that enough new drivers have been recruited to fill the current vacancies. They also provided assurances that they will better explain the alternative new routes for passengers to reach Bristol Eye Hospital and Bristol Bus Station.

They also committed to exploring the return a late night bus service to Yate from Bristol. The return of the night bus to Yate has been an issue of concern for Yate residents since its removal in 2016, so this commitment will be welcomed by many Yate residents.

Following the meeting Luke said, “Since our successful Southmead bus 82/Y6 campaign, I’ve been meeting regularly with First to relay the views from my recent MP survey, so thank you to everyone who has helped by returning them to us.”

Luke continued, “Alongside Ian and the local team we are ensuring that First Bus are aware of all comments and concerns, and are working hard to secure further improvement to our local services. I am grateful to James and Chris for their time, and for continuing to engage with the South Gloucestershire community.”

The MP’s latest intervention follows numerous efforts as part of the Get Yate Moving campaign, which has continued to enhance public transport in the town and deliver key infrastructure improvements.

Yate campaigner and local resident Ian Livermore said, “I understand how vital it is for commuters and local families that we have services we can rely on and that our town is connected. I am determined to ensure any issues are ironed out, and that we have the bus services our community needs and deserves.”