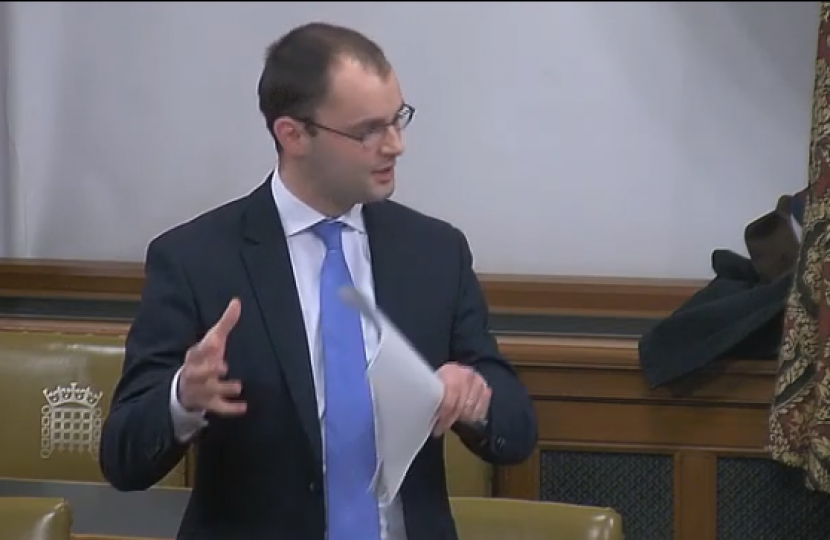 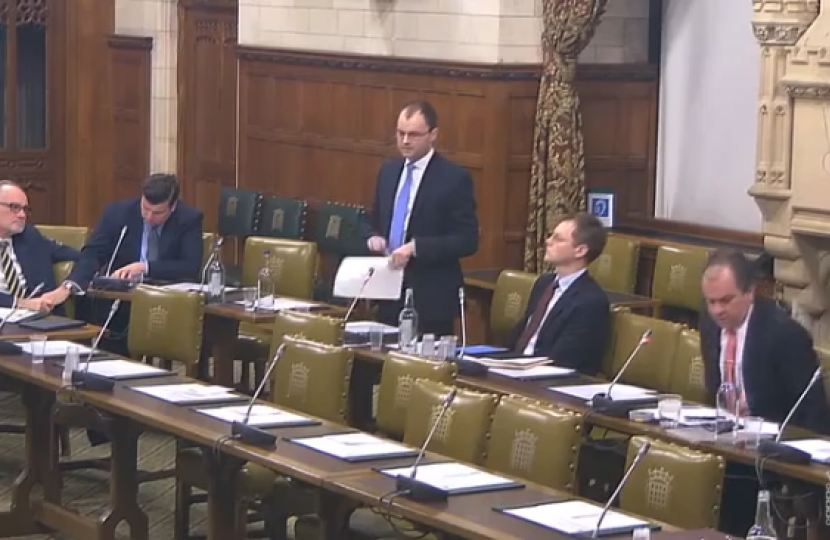 On Monday 19th March local MP Luke Hall joined other MPs in Parliament to speak in a debate on improving access to the drug Orkambi for people living with cystic fibrosis. This important Westminster Hall debate was secured following a petition that attracted more than 100,000 signatures in just 10 days, and saw overwhelming support from an impressive 60 MPs who gathered to speak on behalf of their constituents and the many people who would benefit from access to Orkambi.

MP Luke Hall attended the debate to represent the many parents and campaigners who have been working tirelessly with the Cystic Fibrosis Trust to raise awareness of the condition and access to revolutionary treatments. Our MP spoke about the positive impact that precision medicines like Orkambi can have on organ decline and infections, highlighting the importance of making Orkambi available to people with CF as soon as possible. Luke Hall took the time to share the moving experience of local residents and campaigners Liz and Shane Brennan, who he has been supporting in pushing for the drug to be made available for people like their 3-year-old daughter Annabelle, who is affected by the condition and could benefit from Orkambi. The Thornbury and Yate MP has also called on the Government to ensure negotiations between NHS England and Vertex continue to be productive and that a deal is reached at the earliest opportunity.

Local parent Liz said: “Medicines like Orkambi could make a huge difference for people with cystic fibrosis like Annabelle, so it was amazing to see so much support from MPs and our own MP Luke at Monday’s debate. This was a really important step in our fight to make Orkambi available now and it gave us campaigners and parents hope for the future”.

Luke Hall MP said: “This week’s debate on Orkambi was a huge success with many MPs attending to call for progress in the ongoing negotiations. I have been working with Liz and Shane to support them in their fight to get better treatment for their Annabelle for a long time so I was delighted to speak on their behalf and for all who signed the petition. It’s now crucial that all parties come together to continue the discussions around access to this life-saving drug and reach a deal as soon as possible, so we can ensure better treatment for people living with CF”.