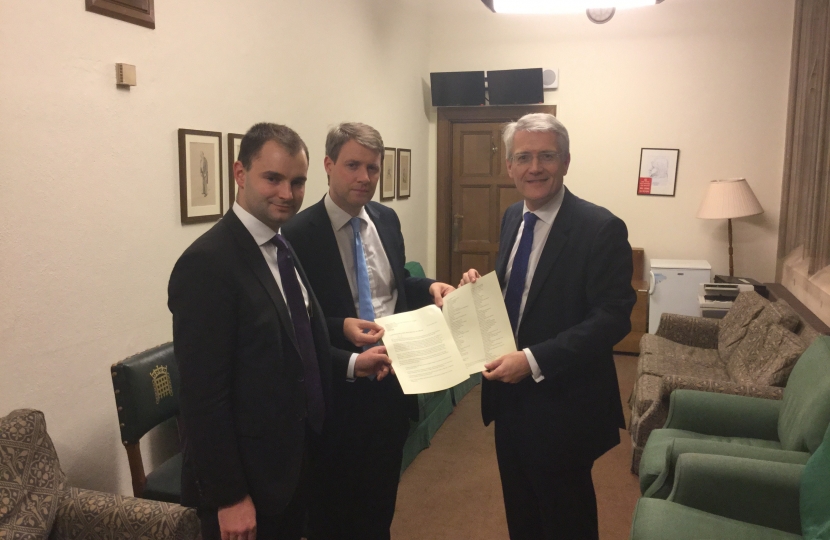 Local MP, Luke Hall, in conjunction with Chris Skidmore, MP for Kingswood, has won the backing of more than 100 local businesses in the campaign for a new junction on the M4 outside Emersons Green. With the support of the business community, and with over 1,000 people signing up to a petition backing the new junction, Luke has written to the Transport Secretary, Patrick McLoughlin, calling on the Government to allocate funding for the project.

The proposed Junction 18A would address increasing residential and commercial demands being placed on South Gloucestershire, which is already experiencing significant growth. Over the next 10 years, it is anticipated that 7,000 new jobs will be created in the area and this is due to put a significant strain on the local road network.

The campaign for the new junction, Gateway2Growth, has already made significant progress since it was launched in March 2015 and has won cross-party support on South Gloucestershire Council. The campaign for a new junction was the topic of one of Luke’s first debates in the House of Commons and he welcomed a University of Bath report, launched in Parliament in September, putting forward the economic case for the new junction. Transport Minister Andrew Jones has already visited the site and given a speech in support of the campaign.

Speaking at the presentation, Luke said:

“The campaign for the Junction 18A on the M4 has overwhelming support among local residents, politicians and now the business community. There is a clear and convincing case for the proposal and this letter to the Transport Secretary represents another big step forward for the future of South Gloucestershire’s infrastructure.

"This proposal will provide us with the additional capacity for entry into Bristol for commerce, connecting new businesses and encouraging trade in the region, helping to reduce unemployment and create more skilled jobs. I would urge all those who have yet to register their support for the campaign to visit my website www.lukehall.org.uk, and join over 1,000 others in signing our petition.”