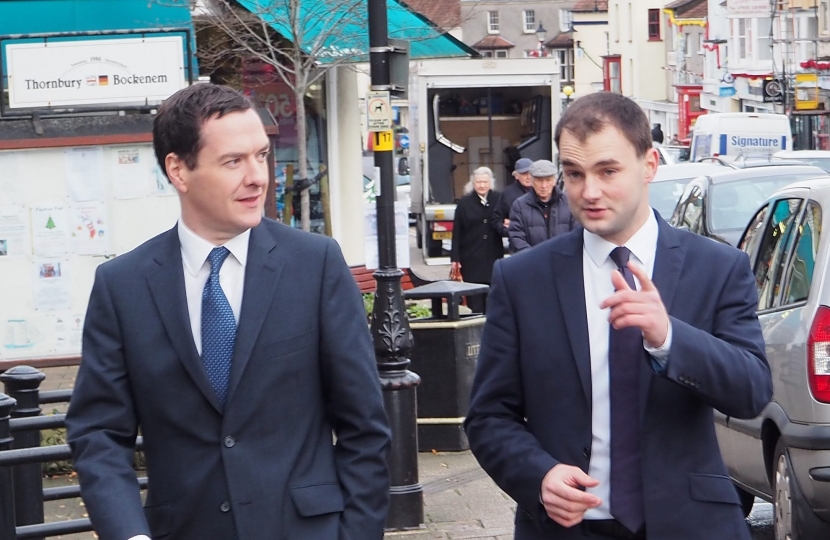 According to the latest figures published by the Office for National Statistics real wages rose by 2.7 per cent over the last year, while unemployment has fallen faster in the last year than in any other country in the G7.

In Thornbury & Yate the number of those claiming JSA or other out-of-work benefits continued to fall to just 0.8 per cent, ahead of both the South West (1.5 per cent) and the national average (2.6 per cent).

Luke has vowed to build on the recent jobs success news in the local area by fulfilling his pledge to hold twice yearly local jobs fairs across the constituency. His next fair, set to take place on the 4th of September, aims to be bigger than the last, bringing together even more local employers, jobs advisors and education providers than the successful Chipping Sodbury fair held last year.

“The Conservatives have done a fantastic job of turning our economy around. We are now seeing the fastest jobs growth in the G7 and the fastest wage growth in seven years, meaning more money in the pockets of local people. This just adds to the proof that the Conservatives economic plan is really working for South Gloucestershire

He went on to say:

“It is important to recognise that while the majority are now starting to feel much more financially secure, there are still some who have yet to benefit from the recovery. That’s why I’ll be keeping my promise to hold twice yearly jobs fairs to support those who haven’t yet found work, or who are in low-paid work, as best as I can. I really do hope anyone interested in job-hunting or any other will come along and help make the event a success.”