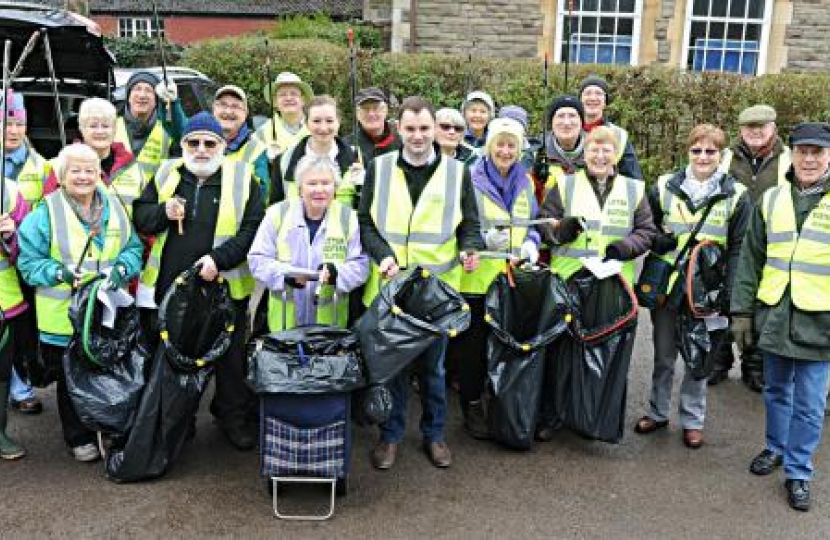 An ‘Action on Litter’ day held at Peg Hill, Yate and Chipping Sodbury Common at 10.30 on Saturday 7th saw the area cleaned up after twenty volunteers from the community, alongside local McDonald’s employees, joined the event organised by local MP Luke Hall.

The litter pick saw the team, armed with litter pickers, collect over 15 full sacks of rubbish from the area which was then handed over South Gloucestershire Council’s waste department for disposal.

The day was organised after Luke Hall MP received information from residents who had highlighted a build-up of rubbish around the Peg Hill and the local skate park area.  Whilst South Gloucestershire Council positively responded to the MP raising the issue, a day of volunteering was organised to get the area and Chipping Sodbury Common back up to a good state, sooner than the council were able to commit to.

The MP also enlisted the help of volunteers and over 15 McDonald’s employees who turned out in force.

Luke speaking about the session tackling litter said: “I would like to extend a big thank you to Yate McDonalds, their employees and volunteers for turning out to tackle the litter problem at the two areas. A great effort was put in and lots of rubbish collected. After seeing Thornbury Litterbusters make such a difference, I was pleased to see this work in Yate too”