MP: Yate Park and Ride must be a priority after Conservatives hold South Gloucestershire Council. 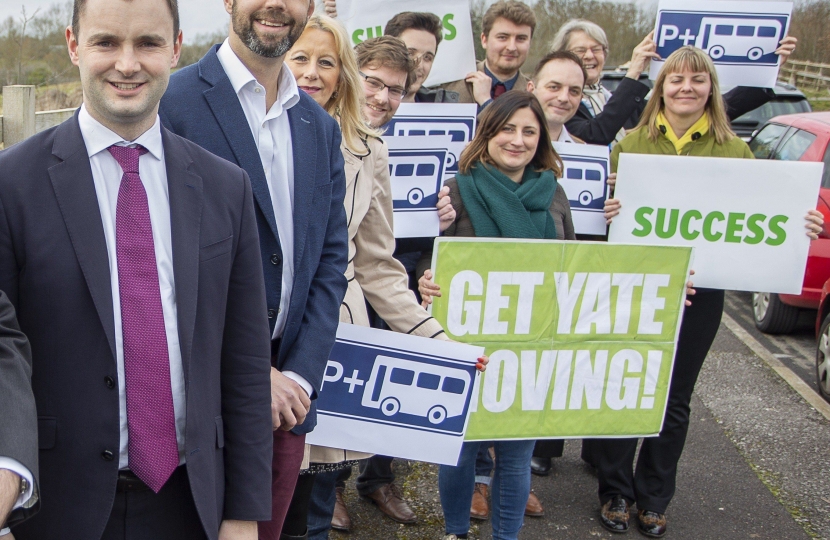 Following local elections that took place on May the 2nd, the Conservatives retained control of South Gloucestershire Council, bucking the trend across the West Country with little change in representation across the area following boundary changes.

During the election local Yate and Chipping Sodbury Conservatives put forward a positive plan for the community centring around the issues that residents had raised with them in their town wide survey early last year including transport projects, improved health services such as an urgent care upgrade to Yate’s injuries unit and local investment in Schools.

Building upon the progress made on local MP Luke Hall’s “Get South Gloucestershire Moving” campaign, the MP and Council Leader Toby Savage have recommitted to one of the main pledges in delivering a Yate Park and Ride as part of a wider package of transport proposals.

Supported by the West of England, the Council applied for £2.5 Million in funding to begin the works on the popular scheme.

It is hoped that the Park and Ride will improve bus connections to Bristol and the rest of South Gloucestershire, whilst also supporting and adding to Parking capacity for Yate town, which has recently upgraded its shopping, leisure and retail offer with a new cinema and outlet.

Local MP Luke Hall said; “With the Conservatives retaining the Council, I will be working alongside them to deliver on positive plan that the  Conservatives put forward during the local elections. I am pleased that this fresh administration will be provided a renewed new focus on our town and on transport projects such as a Park and Ride”.

Councillor Toby Savage said; “Our new administration will deliver of for our towns, and ensure that we working for every part of South Gloucestershire. I will be working alongside Conservative Councillors, Luke and the Yate Conservative team to deliver the Park and Ride.We will be making more progress over the coming weeks and months working with colleagues locally and through the West of England Combined Authority.”