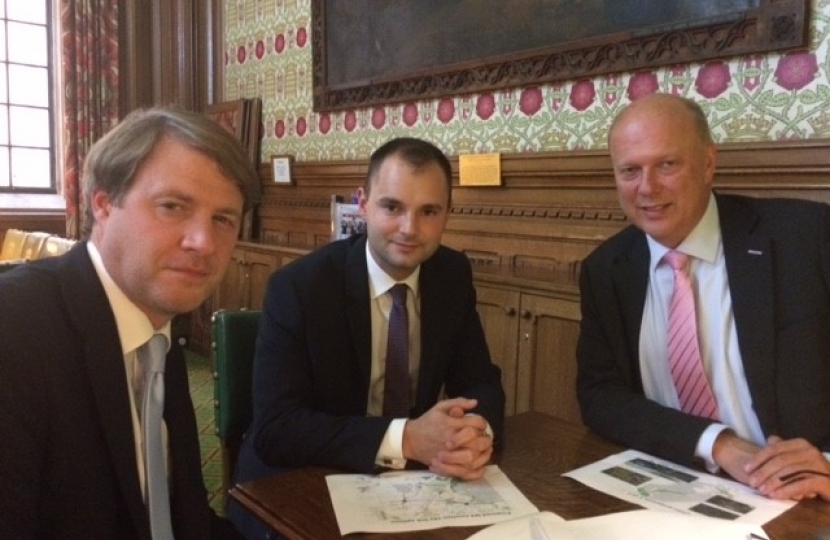 Residents' opposition to a shock Pucklechurch option to site a new Junction 18A on the M4 we’re backed by Luke Hall and Chris Skidmore MP this week as the two local South Gloucestershire MP’s joined parish councils, residents and Pucklechurch businesses in voicing their personal opposition to the eastern proposals in a formal submission to the consultation on the project.

The shock announcement that Highways England were also considering options which would plough through the Pucklechurch greenbelt area were met with strong concern from the MP’s as the original campaign and petition put before Government make calls for the Junction to be sited in the Emerson’s Green area.

In their joint letter the MP’s raised a number of issues and residents’ concerns including their disappointment at the uncertainty the shock eastern proposals had meant for the area’s residents, as well as a further reiterating that should the Eastern Proposals be chosen by England’s Highways Agency, that support for the necessary funding from Government would be withdrawn by the pair.

In recent weeks the MP’s have;

· Joined residents at a public rally against the proposals, attended by hundreds.

· Launched a petition rejecting the eastern option in favour of the Emerson green site which has now gained over 2,000 signatories.

· Taken the issue to the highest levels of Government in relaying local concerns to the Transport Secretary, Chris Grayling

· Met and worked alongside the Parish Council’s to discuss their energetic campaign against the eastern options.

It is now understood that a consultation report will be considered by South Gloucestershire Council’s cabinet in March 2018 where it will indicate a preferred option, which will then be placed before Highways England for the final decision on the direction of the scheme.

Alongside the proposals for a new Junction 18A, further public transport investment is either currently taking place or planned for the near future including;

· Completing the Yate to Bristol Cycle Spur, Via Westerleigh and Emersons Green

· Completion of the MetroBus scheme in 2018

· The recent opening of Emersons green park and ride, as well as further park and rides planned for the ring road area

“I will be fighting this ill thought through proposal and would like to thank the sheer energy of residents and Pucklechurch Parish Council in opposing these shock Pucklechurch junction proposals. I will continue to work alongside residents in opposing the destruction of our precious greenbelt and to see a junction only where it is needed, at Emersons Green."

Chris Skidmore, MP for Kingswood said; “I have worked with local Councillors and residents for a number of years for a Link Road in Emersons Green so I was shocked and disappointed when the Eastern Option was put forward. I stand against this option and would like to thank all the residents who have contributed to the consultation, signed our petition and wrote to me with their views. As the local MP I remain committed to protecting our rural communities from these types of developments.”