MP’s fourth jobs fair success as female unemployment in Thornbury and Yate hits its lowest level for a decade. 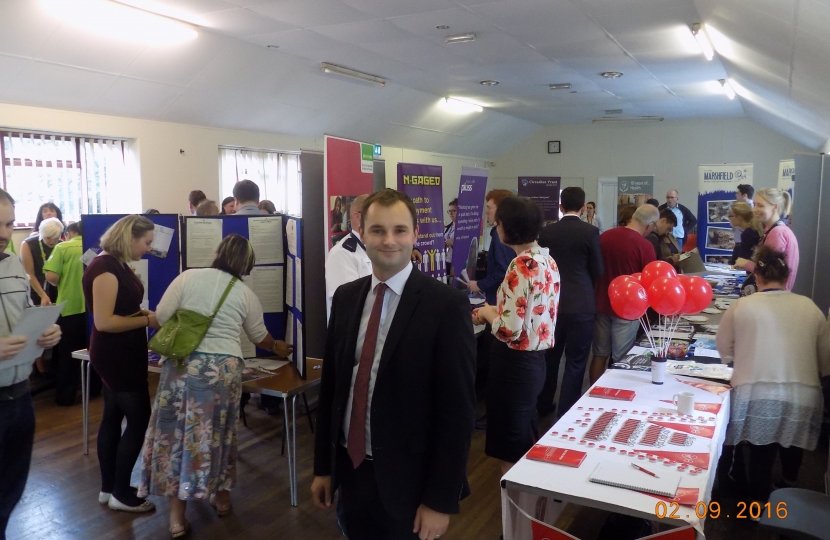 Local MP Luke Hall’s fourth jobs was hailed as another success last week as the MP continued to deliver on his pledge to hold at least two jobs fairs a year, bringing together a host of local employers eager to meet local job seekers with a range of vacancies on offer.

Hundreds of jobs and apprenticeships were on offer with a mix of full, part time and flexible roles from employers such as Asda, local firm Europa Group, Avon and Somerset Police and South Gloucestershire based training providers.

The fair which took place at Friday lunchtime was hosted at Yate Parish Hall and also included job hunting skills support, with the MP’s office on hand with CV guides and examples.

The fourth successful fair comes as recent figures showed female unemployment in Thornbury and Yate is at its lowest level for a decade with youth unemployment also down over 21% in the last year alone.

Luke’s fourth jobs fair comes as the latest available figures showed the Thornbury, Yate and surrounding villages constituency now has one of the lowest unemployment rates across the country with the 610th lowest claimant count out of 650.

Luke Hall MP said; “I am delighted to be able to continue to build on the government’s long term economic plan here in South Gloucestershire by organising these fairs for local job hunters and I am pleased to see that they are growing in attendance by employers and job hunters with each event”