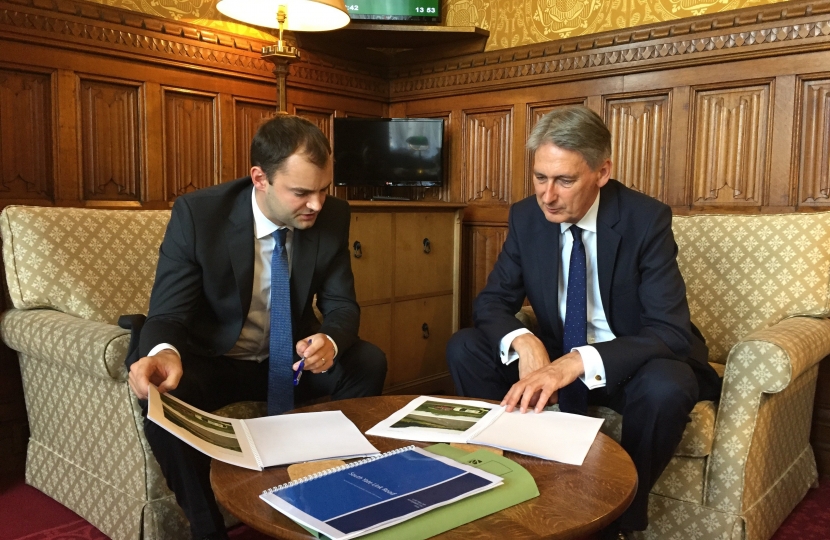 Local MP Luke hall’s campaign to look into the completion of the South Yate Link Road, known locally as Yate’s ‘Road to Nowhere’ received a boost last month as new Chancellor Phillip Hammond said the MP had made a ‘powerful case’ for Government backing for the project.

The latest meeting between local Thornbury and Yate MP, Luke Hall and the treasury builds upon previous constructive meetings about the campaign with former chancellor George Osbourne, who lent his support citing Luke had made a ‘strong case’ for investing in South Gloucestershire’s infrastructure.

At the most recent meeting discussing the case for the roads completion Chancellor of the Exchequer Phillip Hammond said; “Luke has presented the case for completing the unfinished road linking south Yate and Badminton Road, powerfully, I look forward to working with him to see how we can improve in infrastructure in and around Yate”

After receiving the backing of South Gloucestershire’s Conservative Council Leader Matthew Riddle, feasibility study funding has been included in the joint West of England Single Growth Fund bid, which is a formal submission to Government’s Department for Local Government and Communities department for infrastructure project funding.

A recent survey by the MP on local Transport, which received over 1000 responses so far revealed significant backing for the project from local residents where 85% of respondents said that they would like to see the road opened, some 42 years after the project was believed to have been abandoned at the eleventh hour.

Local MP Luke Hall welcoming the Chancellors interest and comments on the campaign said; “I am delighted that the Chancellor agrees that there is a powerful case to be made for investing in our local infrastructure and that he will be working with me on my local transport campaign. I am however absolutely clear that it is paramount that any work done on the feasibility of completing the road to nowhere is done of the basis of protecting the common that is so valued by our community”