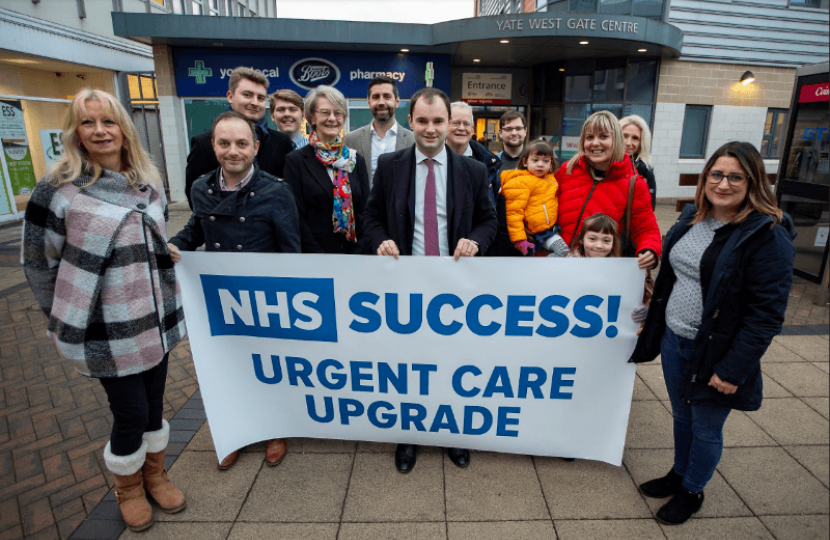 The improvements come following the lunch of the campaign in 2018 which was later followed by a survey during the 2018 summer.

This survey saw you detailing the improvements you wanted to see. Additionally, due to the high numbers of returns have enabled Luke Hall MP to take the case to the South Gloucestershire Clinical Commissioning Group (SGCC) and sate that our community wants improvements to its minor injury’s unit.

Luke Hall took the fight to Matt Hancock, Secretary of State for Health and Social Care where Luke continued to press the minister to consider the MIU for development. Luke ensured that the Minister met with Council leader Toby Savage so that the proposals could be outlined in detail. Further to this Luke continue the pressure upon the Minister.

The new improvements are to take the form of:

The changes will mean the unit can see more people during both weekdays and weekends and will also bring its opening hours into line with those of the South Bristol Urgent Care Centre and North Somerset MIU.

“This latest step is the result of some very positive work between the Council and the CCG and we are in full support of the plans being put forward. The provision of quality healthcare services is high on our respective agendas and giving the public extended access to such services seven days a week would be of considerable benefit to the residents of South Gloucestershire. We have put a lot of effort in, alongside our dedicated local teams, to make the case for an improved Minor Injuries Unit on behalf of our residents and we are pleased this could soon become a reality.”