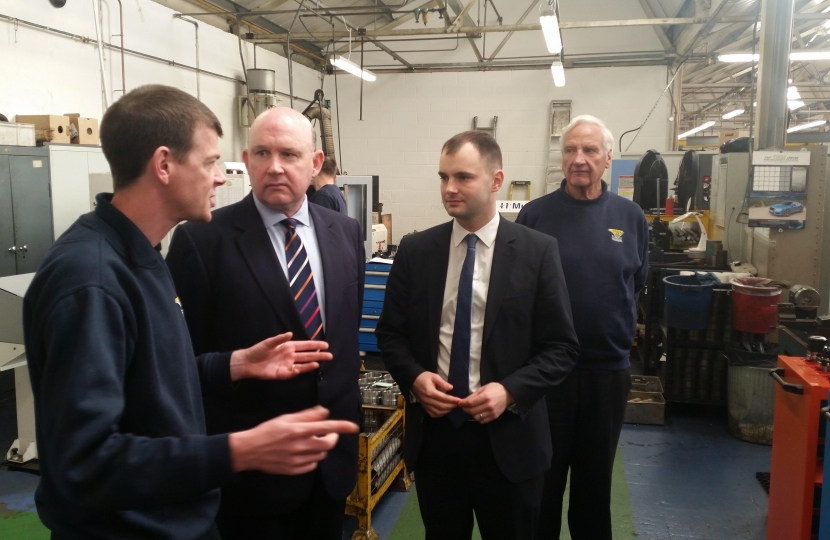 Following a meeting during which these issues were discussed, Luke and Tim were given a tour around the business specifically focused around the manufacturing plant where they were introduced to the various aspects of the production process with a visit also to the customer service offices.

Commenting on the meeting, Tim Bowles said “As an important player in the West of England economy and an important source of skilled manufacturing jobs, my meeting with Majorlift has further illustrated to me the importance of SME’s and apprenticeships within our local area, particularly in the rural areas of the South West.”

Luke also said “ It was great to meet with Majorlift and their team to discuss the importance and benefits of employing apprenticeships in SME’s, particularly  as a local and rural employer, giving young people the skills they need to get on in life”

The South West has a 77.5% employment rate and experienced the largest increase in workforce jobs in the UK between June 2016 and September 2016, at 41,000. Also, a report by EY in association with the EY Foundation, an independent UK charity, revealed that the South West youth unemployment rate stood at 11.7 per cent per cent, lower than the UK average of 14.4 per cent.