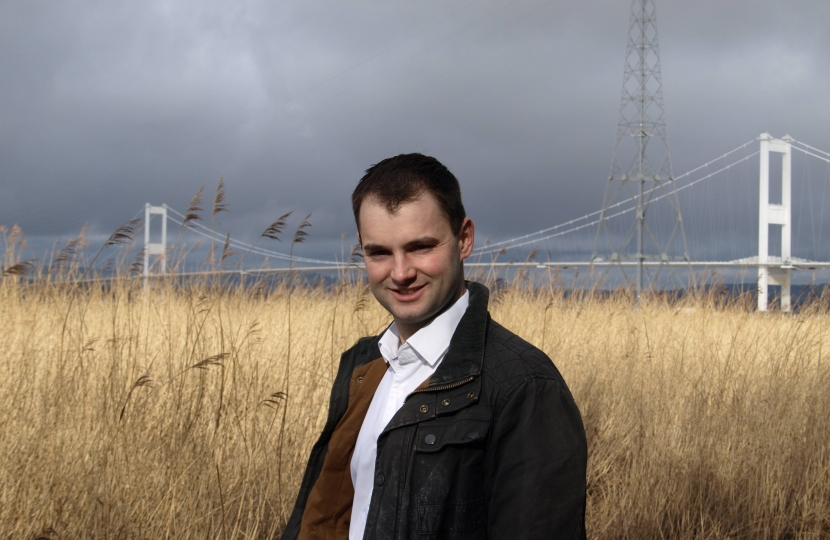 Today the Chancellor announced that the Severn River Crossing Toll will be halved from £6.60 to £3.30

The bridges are due to be returned to public ownership in 2018 at which time the Highways Agency budget will become responsible for on-going upkeep of the bridge following recovery of original build costs. There is likely to be some ongoing repayment until the early 2020s, although the details of this are unspecified.

The bridges, combined, are used by over 25 million vehicles per year or 68,000 per day. The current tolls for a category one standard car (Up to 9 seats) are currently £6.60 for westbound use.

However after today’s budget announcement by the Chancellor of Exchequer, it has been announced that the charge will be reduced by £3.30 or half meaning that a regular user of the bridges who use the crossing 5 days a week will save approximately  £858 per annum.

Local Thornbury and Yate MP Luke Hall who represents Aust, the location of the access to the M48 Bridge, welcomed the announcement after raising the issue with the chancellor on a number of occasions since taking up the mantle after May’s election in 2015.

Luke welcoming the chancellor’s announcement said: “Halfling the Severn Bridge toll price will be a huge benefit to everybody locally who regularly pays the charge, saving every car driver £3.30 per trip. This has been made possible by sound control of the public finances and a strong economy which is delivering for South Gloucestershire”