Third and most successful jobs fair yet! 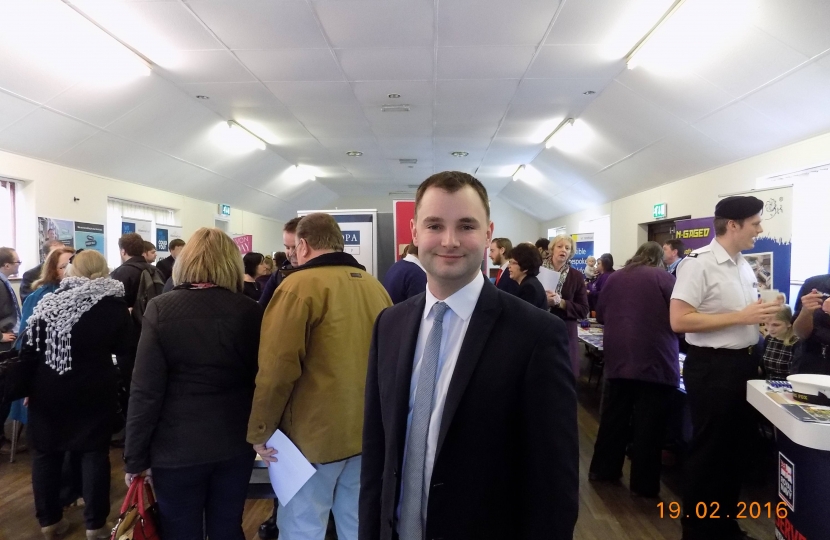 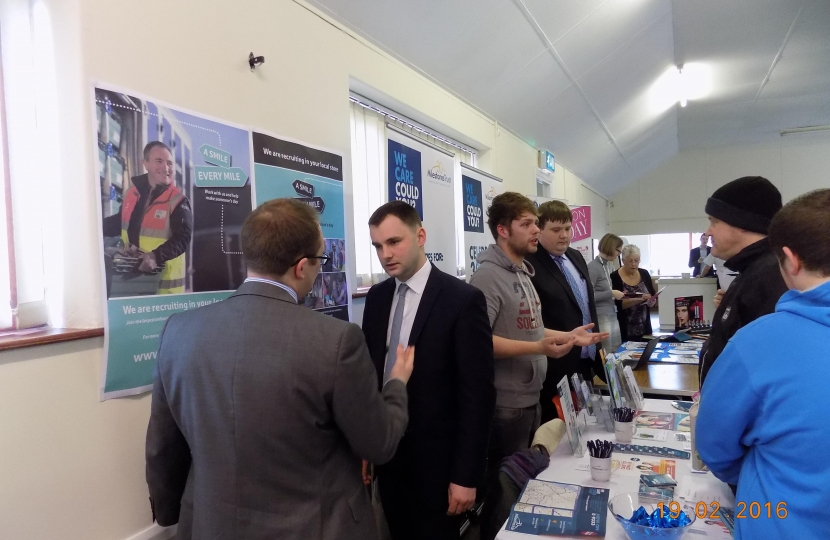 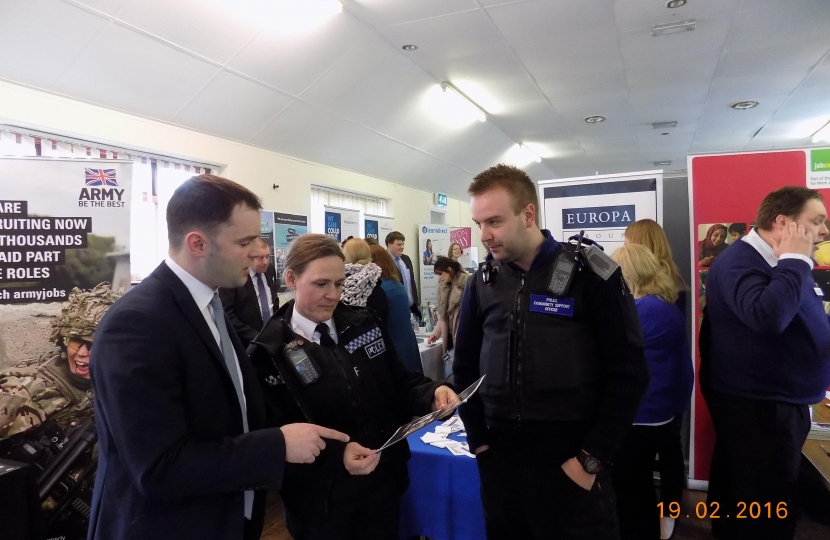 Over 800 full and part time jobs were on offer, from nearly 30 businesses, eager to recruit from the local area. Employers in attendance included, The Army, Tesco Avon and Somerset Police and Europa Group, to name but a few. A CV workshop was also on hand to offer help and advice to job seekers, with the more practical aspects of job-hunting. The latest fair to be organised comes as Luke continues to deliver on his pledge to proactively help local get back into work by holding at least two jobs fairs a year.

“We were delighted to support Luke Hall’s careers fair and we welcome opportunities such as these, which connect local employers with the talent in the area. The fair was one of the busiest we’ve attended so far. The retail sector can offer a really rewarding career and so we were excited to be talking to as many people as possible about it”.

The recent jobs fair follows positive news that in the last month alone, numbers claiming Job Seekers Allowance in the Thornbury and Yate area, has continued to fall by 20% since January. This follows on from an overall decrease of 67% in Jobs Seekers Allowance claimants since 2010. The area has also seen 4000 new businesses start up over the last 5 years and now claims one of the lowest levels of unemployment in the country.

Luke said: “As a local man, I believe supporting people in our community back into work is hugely important, and these Job Fairs are a great way for local people to see what jobs are out there and to put them in touch with local employers.”

There will be an opportunity later in the year for those seeking employment or a new career path, to attend another of Luke’s jobs fairs.