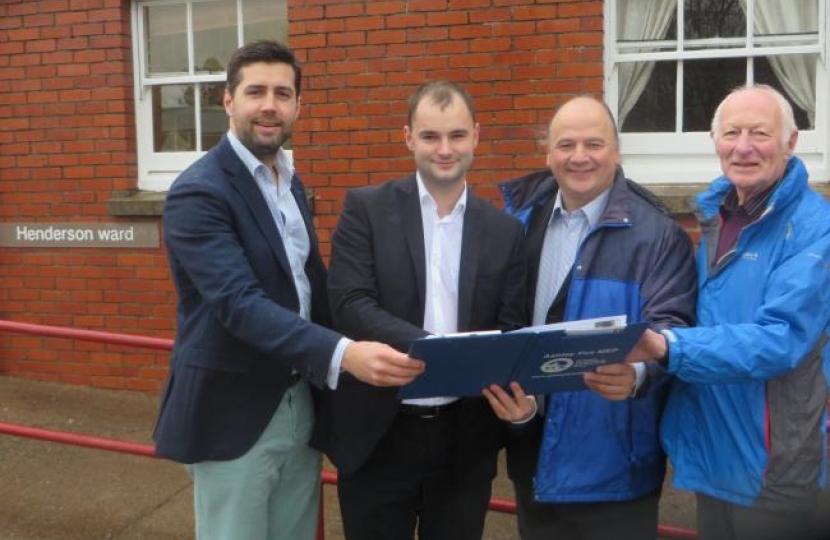 In a report to South Gloucestershire Council, South Gloucestershire’s local doctor’s decision making body, the Clinical Commissioning Group (CCG), has reaffirmed plans and timelines for the development of the long awaited community hospitals for both Thornbury and Frenchay.

The plans drawn up between local health chiefs in 4 different organisations provide visualized designs and the number of beds that the project intends to deliver.

·        36 care beds for reablement and patients living with dementia

The report being discussed at the council’s Health Scrutiny Committee tomorrow (Wednesday 20th April) also lays out a ‘best case scenario’ timeline for the project with planning consent aimed for November this year and with services at the hospital set to start from the end of 2019.

Fresh hopes were raised too as the plans also reserve land for a re-developed health centre on the site raising hopes that the current centre may also form part of the joint project. Luke Hall MP who has recently met with the practices’ GPs, is planning a meeting on how to include the health centre into the plans along with local health chiefs and NHS England.

Luke Hall MP who has taken up the mantle to campaign to see the Thornbury Community Hospital realised said;

“I am delighted that the plans are now coming together with such energy. Working as a team with Councillor Matthew Riddle and Toby Savage has been really effective in getting this plans going with fresh impetus. There is now a published timeline for the community hospital but I will be doing everything I can to help ensure that hopes for the Thornbury Health centre are realised too. So I hope the coming meeting will be productive and that we can find a way to join up these great new facilities that residents deserve”.