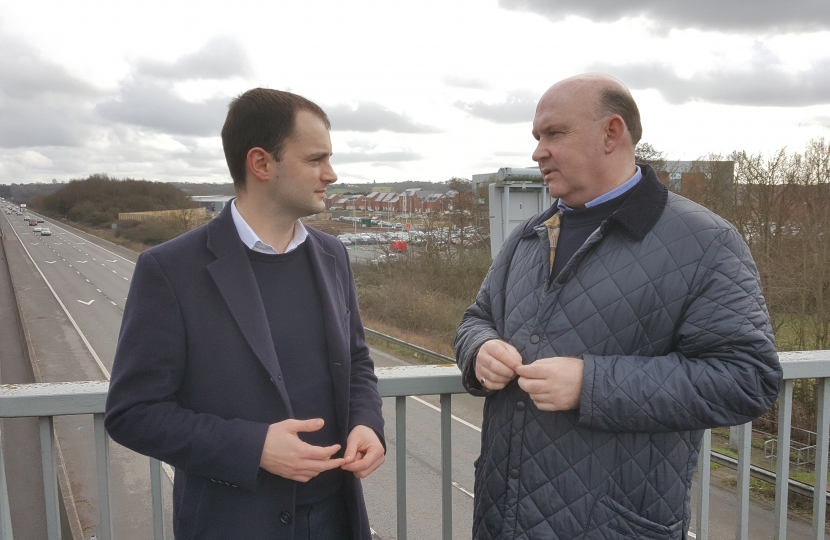 Proposals for a formal Park and Share facility near the village of Tormarton are said to be progressing this month as South Gloucestershire Council transport officials confirmed work was being under taken to draft proposals to possibly see a formal, rather than informal, facility brought into use.

On his last annual tour of South Gloucestershire Villages during the summer, residents in Tormarton raised concerns with local MP Luke Hall that the closure of the picnic stop site, owned by Highways England, has resulted in commuters using the village as alternative to the informal park and share.

After initially raising the concern with Highways England it was revealed that  the site has been closed due to reports of anti-social behaviour taking place at the A46 rest stop but that the land was also considered ‘surplus’ to requirements for the National Road Body.

After discussing the issue with South Gloucestershire Council transport officials, the MP then met with and wrote to Highways England requesting that the body transfer the site to the authority’s ownership, with a view to the Council implementing a formal park and share for commuters, which is hoped could relieve the village of its parking problems.

In a recent update the Council confirmed that ongoing talks were being conducted between the two bodies, with the MP again writing to Highways England to urge a speedy transfer of the site.

It’s now believed that the Council are working on a proposal which provides for a formal facility but that does not incur ongoing costs to taxpayers.

MP Luke Hall said; “I was concerned to hear first-hand from Tormarton residents of the impact the parking problems were having on the village, so I was more than happy to take up the idea both on a national level with Highways England as well as with the Council. I am pleased that serious consideration is being given to ways in which a scheme can be brought into use helping both the village with reduced commuter parking, as well as encouraging shared car use. It’s important we have a strong team who can work together on transport issues, so I’d like to thank Tim and Colin for working with me on this .”

Tim Bowles, Prospective West of England Mayor threw his support behind the idea saying, “Supporting a range of pro-transport schemes, such as a Tormarton Park and Share, is essential if we’re to help get South Gloucestershire Moving. In working alongside Luke Hall MP on this, we can really focus together on these issues, pressing Highways to give us the best deal for the transfer, as well as urging for this to be implemented sooner rather than later””

Cllr Colin Hunt, Chair of the Councils transport committee who has been leading on the draft proposals added; “It’s great to have the support of both Luke as the local MP and Tim as the prospective West of England Mayor. Together we can really get a good deal for South Gloucestershire on transport”