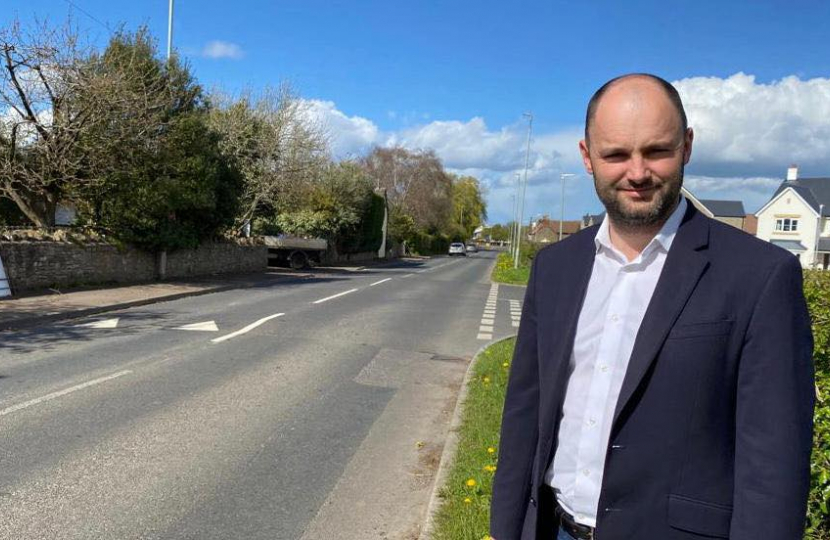 Following a number of concerns raised about the installation of further speed tables, or "speed humps", along Sodbury Road in Wickwar, Luke Hall MP has successfully asked South Gloucestershire Council to pause the proposed works, in order to allow a full and further consultation with local residents.

After many local residents expressed concern about the number of new speed humps proposed for Wickwar, Luke Hall MP asked South Gloucestershire Council to pause their plans, and allow a further opportunity for residents to have their say.

South Gloucestershire Council have now agreed to temporarily halt the installation of the 7 speed tables and 1 smaller speed cushion, as Luke and your local team have launched a survey asking for your views.

"A significant number of residents have questioned whether the proposed number of speed tables is necessary for the village, and I am grateful to everyone who ahs completed the survey to let me know their thoughts. I am sharing all feedback with the Council, and am pleased that they have paused the work whilst assessing these comments from the public."

Concerns have also been raised about the gradient of the existing speed humps along Sodbury Road, and the impact this had on motorists. Following intervention from the local MP, the developers who installed the speed humps will be carrying out alterations to ease the on and off ramps.

Luke Hall has asked Bellway Homes for an urgent update on the timeframes for the works to take place.

Yesterday in Parliament, Luke Hall MP asked the Minister of State for Health for an update, regarding our bid to redevelop Thornbury Health Centre and Hospital.